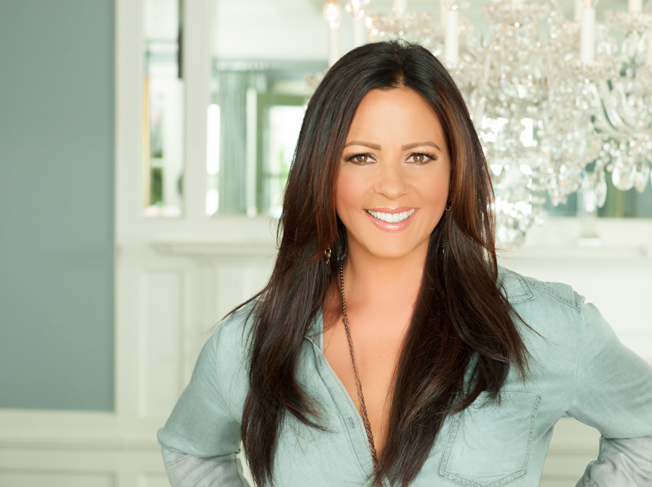 Sara Evans, one of the most compelling and authentic vocalists in Country music, will appear on the hit ABC drama Nashville on October 29th at 10|9c (check local listings).

In the episode Evans, who plays herself, will also perform her single recently released to radio “Put My Heart Down,” with one of the series’ leading men Luke Wheeler played by actor Will Chase. The duet will be available immediately following the show on iTunes.

The night before the show airs Evans, who is currently on tour in support of her critically acclaimed seventh studio album Slow Me Down, will be a part of the sixth annual “Opry Goes Pink” as The Grand Ole Opry joins Women Rock For The Cure™ in the fight against breast cancer October 28th where she will do a special performance of her single.

“I am a huge fan of the show Nashville – I watch it with my family. So when I was asked to be a part of this upcoming season I was really excited,” said Evans. “Everyone from the cast and crew were so great to work with during the shoot. I had a great time and can’t wait to watch with my whole family on the 29th!”

Evans also sat down with “Nashville: On The Record” to discuss her latest single “Put My Heart Down” alongside the songs writers Nathan Chapman, Andrew Dorff, and Elizabeth Huett and Nashville actor Will Chase. Fans can check out the great story behind the song on October 29th following the episode at http://abc.go.com/music-lounge/blogs/nashville-on-the-record. “On the Record” is a documentary web series that follows the life of original songs performed on “Nashville” written by singer-songwriters in the music scene, from the songs’ inception to on-air premiere. The series offers an intimate look into the songwriting process, from guitar demo to music video and all the steps in between.

“Put My Heart Down” is the second release from Slow Me Down and pulls fans in from the first note with its infectious melody and relatable subject matter of wanting to protect oneself in a relationship. Evans is at her finest on this track which fans can purchase at http://smarturl.it/itunesslowmedown.