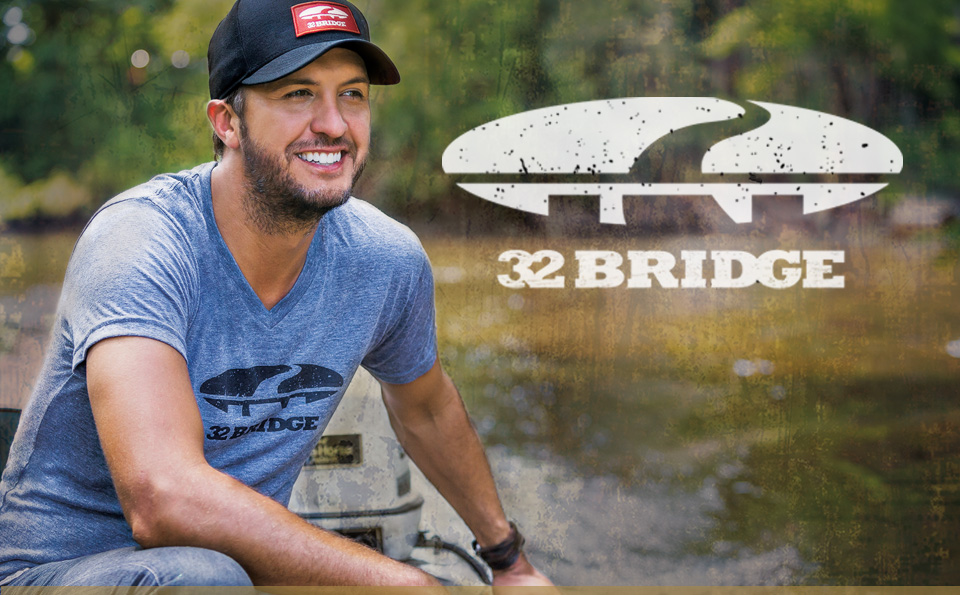 As part of an ongoing partnership, Cabela’s and Bryan collaborated to design and create the 32 Bridge line to offer products that will appeal to country music fans and outdoor enthusiasts.

Luke drew inspiration for the new clothing line from his childhood home and passion for the outdoors. The name, 32 Bridge, is derived from a bridge in Georgia that crosses over the Flint River and marks the line between Worth and Lee counties. This is the area where Luke was raised and where he developed a passion for the outdoors, learning to fish and hunt with his family and friends.

The 32 Bridge clothing line will be offered exclusively at select Cabela’s retail stores, online at www.cabelas.com and by phone at (800) 237-4444.

Luke wrapped up his That’s My Kind of Night Tour last weekend, and next week, he’ll be at the CMA Awards, where he’s nominated for Entertainer and Male Vocalist of the Year, as well as Album of the Year for Crash My Party.