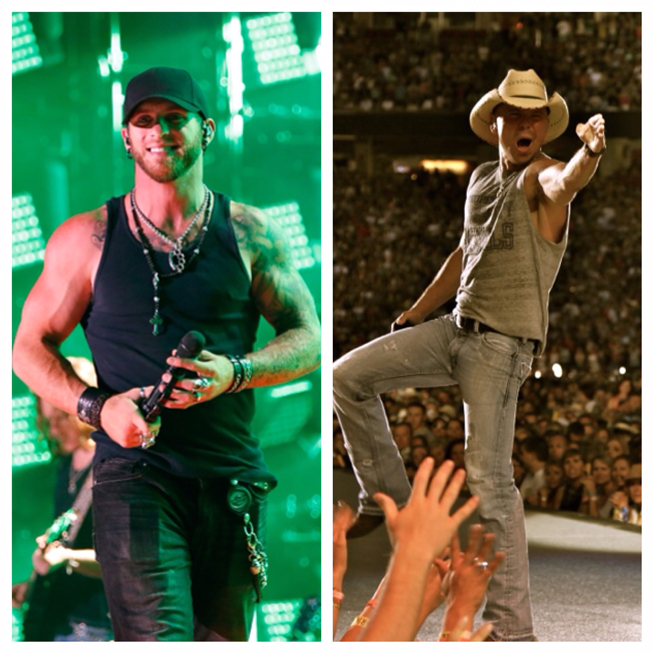 Earlier this week, Kenny Chesney revealed the first details surrounding the biggest tour of his career — one that would change from market to market to reflect the hardest-hitting bill for each city. Anticipation hit a record high with the news that Jason Aldean would unite with Chesney for a 10-city stadium jaunt –merging his Burn It Down Tour with The Big Revival Tour.

There are very few acts who could match the velocity Aldean is known to bring, so for that very reason Chesney tapped Brantley Gilbert to add to the pairing with more on-sale information and special guests will be revealed over the coming weeks.

“When you co-headline a tour with Jason Aldean, you’ve gotta get someone who can hold their own to go in front,” Chesney says. “When I looked around, for those stadium shows that Brantley’s part of, he’s the man for the job. He knows how to reach the crowd, how to make them rock – and he’s not afraid to push the rest of us.”

Gilbert has had three #1s on his own – “Country Must Be Country Wide,” “You Don’t Know Her Like I Do” and “Bottoms Up” – as well as co-writing Aldean’s CMA Song of the Year nominated “Dirt Road Anthem” and sole writer of “My Kind of Party.” He has mined platinum with Halfway To Heaven and gold with his recent #1, Just As I Am, and is the Academy of Country Music’s reigning Top New Artist.

“As a fan, when I go to a show, I want the music to hit me in the chest and make me feel something all night long,” says Chesney, the 4-time Country Music Association and 4 consecutive Academy of Country Music Entertainer of the Year. “I want to have the time of my life, for the fans to hit every possible emotion – and make me feel everything humanly possible. When we started looking at acts to take out in 2015, especially having been off the road this year, I wanted to make sure the people that I brought were gonna be as committed to reaching the fans in the back of the stadium as I am.”

Chesney, whose The Big Revival marked his 13th No. 1 Country Album debut, already topped the Billboard Country Songs chart for two weeks with “American Kids” — and “Til It’s Gone,” the follow-up, is currently at No. 17 with a bullet.

Chesney’s 55-date The Big Revival Tour is slated to kick-off on his birthday, March 26, in Nashville. Having staged “a stadium show on the beach” with his 40,000+ Flora-Bama-Jama free show in August, the man The Wall Street Journal called “The King of The Road” is ready to get out there and see how far he can push his always high energy concerts.

The Big Revival Tour is presented by Corona Light.