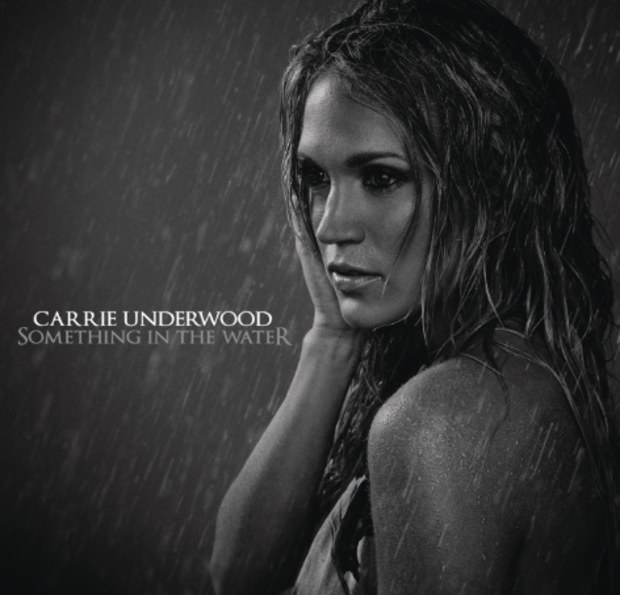 Carrie Underwood is making waves and making history with her compelling new single, “Something in the Water,” the first single from her December 9 album release, Greatest Hits: Decade #1. Released on Monday, September 29, “Something in the Water” has amassed more than 124,000 digital sales to date, earning the highest first-week sales tally of Underwood’s career. The sales figure also marks the best opening-week sales of any female country artist in 2014.

With Monday, October 6, as its official airplay impact date, “Something in the Water” has set the all-time record for a country single at Mediabase, achieving a massive 144 total stations on impact date.

In all, the single tallies a whopping 157 first-week stations on board, including Billboard and Country Aircheck reporting stations.

On the Mediabase country airplay chart, “Something in the Water” explodes onto the chart at #25, tying Underwood’s previous personal-best debut (2007’s smash, “So Small”) and also tying the highest debut of any artist in 2014.

On the Billboard Country Airplay chart, Underwood further notches a career-high chart entry, as the single debuts at #17, simultaneously achieving the year’s highest debut for a solo artist.

Named last week’s USA Today Song of the Week, the publication praised “Something in the Water,” lauding the song’s production and “the purity” of Underwood’s vocals.

Produced by Mark Bright, and written by Underwood, Chris DeStefano, and Brett James, “Something in the Water” is available for sale here: http://smarturl.it/somethinginthewater.

Underwood’s Greatest Hits: Decade #1, on 19 Recordings/Arista Nashville, will release on December 9 and is currently available for pre-order at http://smarturl.it/amzcarrieunderwood.