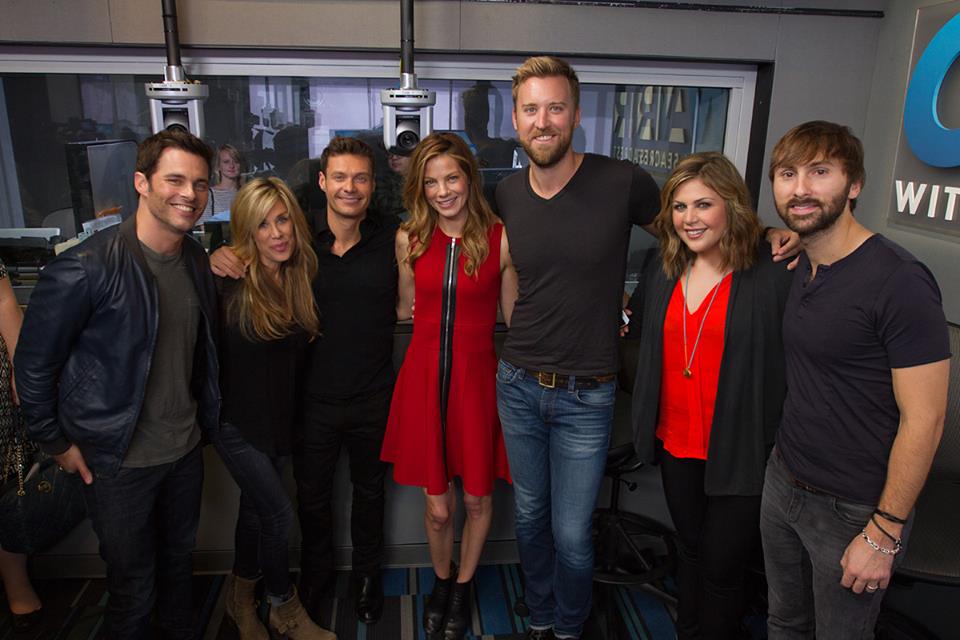 Lady Antebellum stopped by Ryan Seacrest’s radio show, along with two of the stars of the new Nicholas Sparks film The Best of Me — James Marsden and Michelle Monoghan. Knowing James had a set of pipes, Seacrest called him out to sing with Lady A. They decided to sing Garth Brooks’ “Friends in Low Places.” (watch below)

The soundtrack for The Best of Me is now in stores, while the film opens nationwide October 17th.

In addition, Lady A performed “I Did With You” which is featured on The Best of Me movie soundtrack.