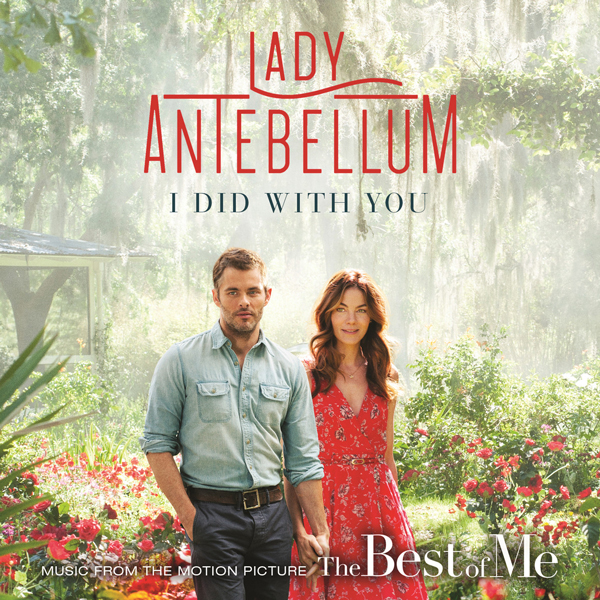 Lady Antebellum have released the lyric video for “I Did With You,” the song they wrote and recorded for the soundtrack to the Nicholas Sparks’ film, The Best of Me. The movie hits theaters nationwide October 17th, while the soundtrack, which also features songs by David Nail, Eric Paslay, Kip Moore, Kacey Musgraves, Hunter Hayes, Thompson Square and Colbie Caillat, among others, is released October 7th.

Pick up your copy of Lady Antebellum’s “I Did With You” from the Best of Me soundtrack on iTunes HERE.

Lady A’s forthcoming album, 747, is due out September 30th. It features their recent two-week No. 1 single, “Bartender.”  Pre-Order your copy of 747 HERE.