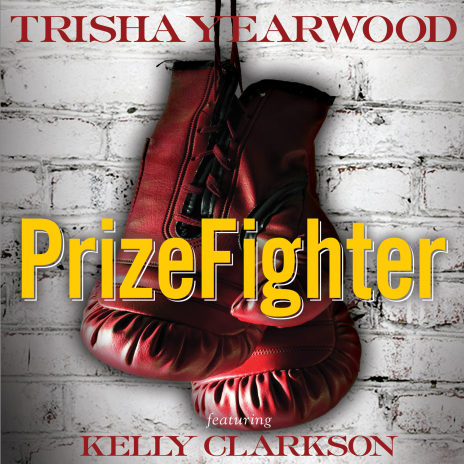 The gloves are off! Grammy Award-winning vocalist Trisha Yearwood’s new single “PrizeFighter” from her upcoming album of the same name will impact at country radio September 15th and celebrates the spirit of never giving up.

Grammy Award winner Kelly Clarkson lends her voice to the heavy-hitting anthem, which was written by Jessi Alexander, Sarah Buxton, and Ross Copperman.

The song’s message hit home for the country superstar who identifies with the desire to keep swinging.

“I love how PrizeFighter makes me feel…like even when the odds are against me, I can do anything. It’s a message we all need to hear, and the track just plain rocks! I can’t wait for folks to hear it,” said Yearwood.

Last week, Trisha announced that her twelfth studio album, PrizeFighter will be released by RCA Nashville (details to be announced). The announcement coincided with the debut of season five of Trisha’s Southern Kitchen on the Food Network and ahead of the Garth Brooks World Tour with Trisha Yearwood, scheduled to kick off in Chicago, IL on Sept. 4.