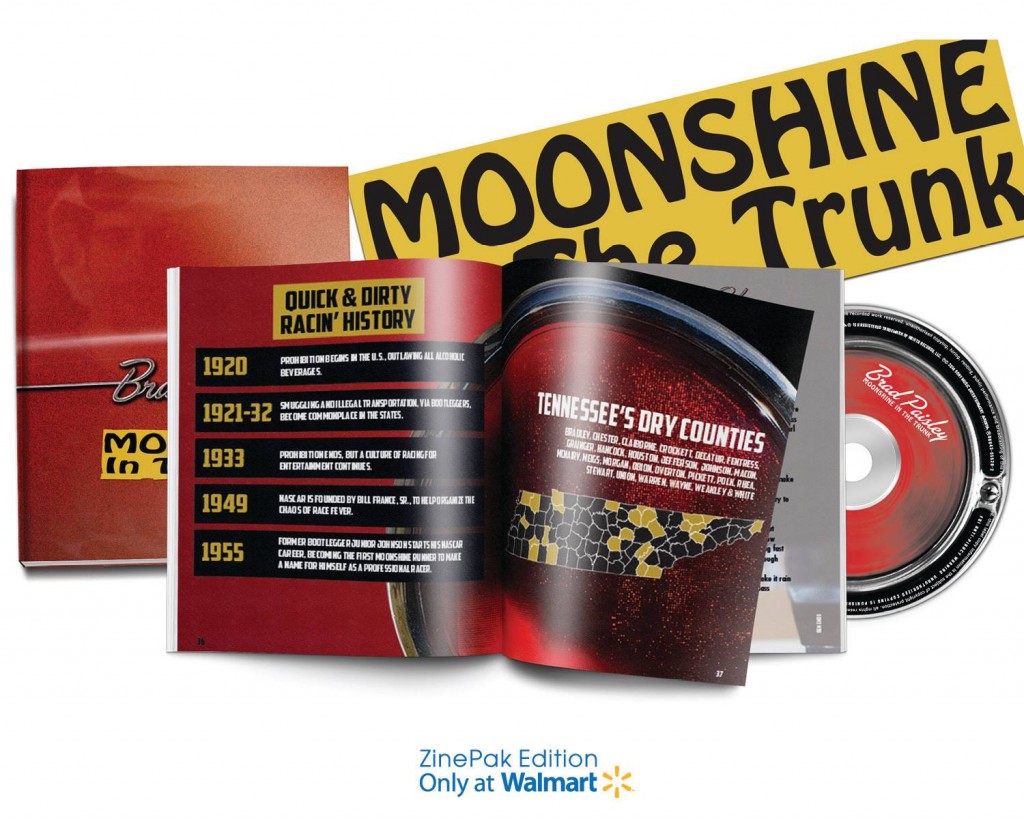 Brad Paisley released his highly anticipated brand new album, Moonshine In The Trunk, today, August 25.  The new album, co-produced by Paisley features 14 songs, 13 of which were written or co-written by Paisley.

In addition to his new album release, Brad is offering fans the release of Moonshine in the Trunk ZinePak. The limited edition, exclusive ZinePak offers a 64-pagemagazine and a collectible Moonshine in the Trunk bumper sticker with Paisley’s new album, a 14-track CD that includes the smash single“River Bank.” Inside the magazine, fans will find an inside look at the making of the “River Bank” music video, lyrics with fun facts, and interviews with Paisley, co-producer Luke Wooten, co-writers Chris DuBois and Kelley Lovelace, and more.

The Moonshine in the Trunk ZinePak is exclusive to Walmart and can be found in stores or online HERE.

To celebrate the release of Brad Paisley’s new album Moonshine In The Trunk, we’re giving fans a chance to win a limited edition, exclusive ZinePak!To enter to win, simply “LIKE” Country Music Rocks & ZinePak on Facebook and fill out the entry form below. Two winners will be randomly selected after contest closes August 31. One Entry Per Person. Good Luck!

Moonshine In The Trunk ZinePak is available now exclusively at Walmart and online HERE.