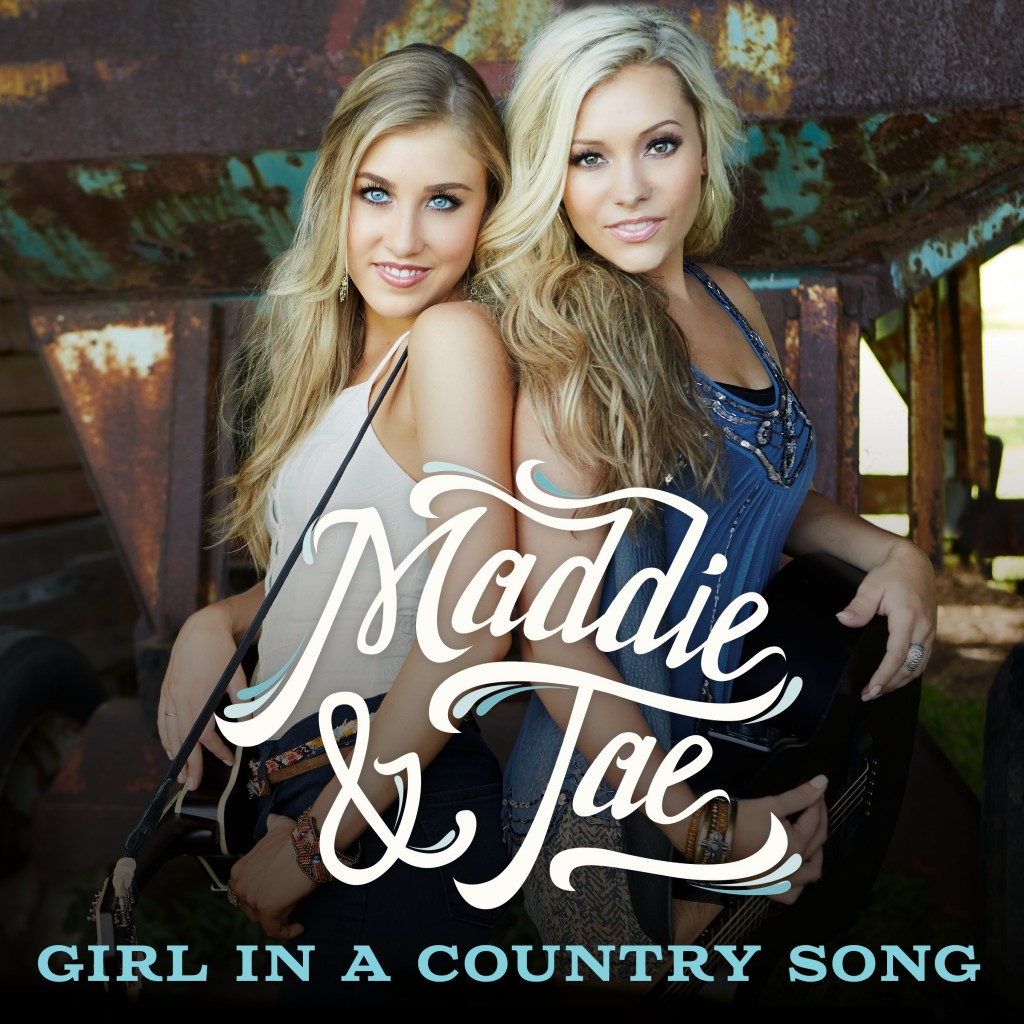 While gaining a lot of recent attention, the esteemed outlet notes, “Maddie Marlow, who is 19 years old, and Tae Dye, who is 18, made it abundantly clear that they’re aiming to tweak country’s conventions, not tear them down.” Watch the unique video here, shot outside of Nashville with director TK McKamy.

Additionally, “Girl In A Country Song” was the most-added song at Country radio this week.

MusicRow calls the unabashed introduction, “fabulous. They have the guts to sass every ‘bro-country’ cliche out there. She hates her tight cut-offs, her bikini top and being called pretty little thing, hottie or baby. Not to mention being whistled at, shaking her money maker and being invited to ride along in the pickup truck. Bonus points for the lively tune, the catchy track, the saucy harmonies and the overall wit. I guarantee you will smile.”

Maddie & Tae, who penned the tune with Big Machine Music staff writer Aaron Scherz, merged their love of mainstream Country and traditional upbringing into the confident yet carefree track. “…it’s no mystery why this singing and songwriting pair from the neighboring states of Texas (Marlow) and Oklahoma (Dye) has built such buzz. Excellent timing, for one thing. They’ve arrived on the heels of listener fatigue, offering a different vantage point. And it certainly doesn’t hurt that they have a feel for intertwining their voices, executing their phrasing and crafting their hooks for maximum smartly sweet impact,” surmises Rolling Stone Country.

Their creative insight initially dominated headlines across The Atlantic, The Washington Post, CMT, Yahoo! Music and more, touting the song as “undeniably catchy” and “a deliciously snarky tune.”

Maddie & Tae are currently on the road for their first Country radio tour. Follow their journey on Twitter.