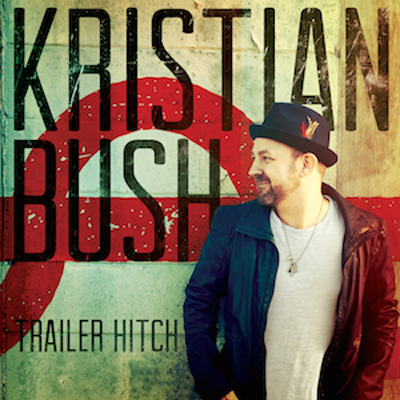 Platinum-selling country singer Kristian Bush takes ‘giving it away’ to another level in the lyric video for his brand new single, “Trailer Hitch,” which exclusively premiered on Rolling Stone Country on Tuesday (7/8). With his guitar over his shoulder, Bush took to the streets of Chicago and instead of playing for ‘tips,’ he cleverly filled his guitar case with cash to give away to people passing by.

Written by Bush along with his brother Brandon Bush and Tim Owens, the infectious song carries the underlying message of enjoying the gift of giving back over the desire for material things. The video shows Bush inscribing the words ‘please take one’ on the sidewalk in chalk next to his open guitar case full of money and encouraging people to pay it forward. In the end, he leaves with a giant smile after giving away $300 in less than two hours.

“I thought how cool it would be if we tried to give away money from a guitar case instead of ask for money,” Bush tells Rolling Stone Country. “People were looking at me funny; they got suspicious. I mean, here I am giving strangers money on the street. People would say no, and then I’d say, ‘Go give it to someone who needs it.’ Then they caught on. It turns out, people are much more comfortable giving than they are taking.”

For more behind-the-scenes check out the exclusive premiere on Rollingstone.com.

“Trailer Hitch,” is the lead single from Bush’s debut solo album for which he is collaborating with longtime producer Byron Gallimore to be released on Streamsound Records. The new single is already available for pre-order on iTunes and is set to hit Country radio nationwide on July 28.