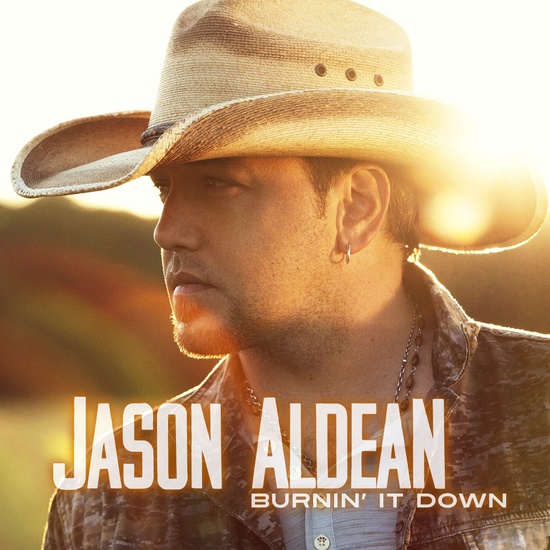 Following two stadium sellouts this weekend, two-time ACM “Male Vocalist Of The Year” Jason Aldean has released “Burnin’ It Down” as the lead single from his upcoming sixth studio album for Broken Bow Records.

Again produced by Michael Knox and recorded with members of Aldean’s long time touring band, the smoking new single is available now at Country Radio and for purchase at all digital retailers. Grab yours on iTunes HERE.

“Sonically, this track definitely feels like something different for me and what I have typically put out as the lead single off my previous albums,” said Aldean. “I’ve pretty much always gone with a really guitar-driven song that’s pretty in your face, and this is more of a laid back thing with a really cool groove.   We played it live for the first time this weekend in Cleveland and Cincy at the stadium gigs, and I’m excited to see how it takes off from here.  There are some different things on this new album, and I hope this sets a good tone for what’s to come.”

Aldean is currently in the midst of a monumental stadium run which will take him through five stadiums as part of his headlining BURN IT DOWN 2014 TOUR. This past weekend Aldean played back to back sold out shows at Progressive Field and Great American Ball Park.  Over the next two weekends Aldean will play Nationals Park (Washington, DC on 7/25); PNC Park (Pittsburgh, PA on 7/26) and Citizens Bank Park (Philadelphia, PA on 8/1).  For a full list of upcoming tour dates, visit www.jasonaldean.com.