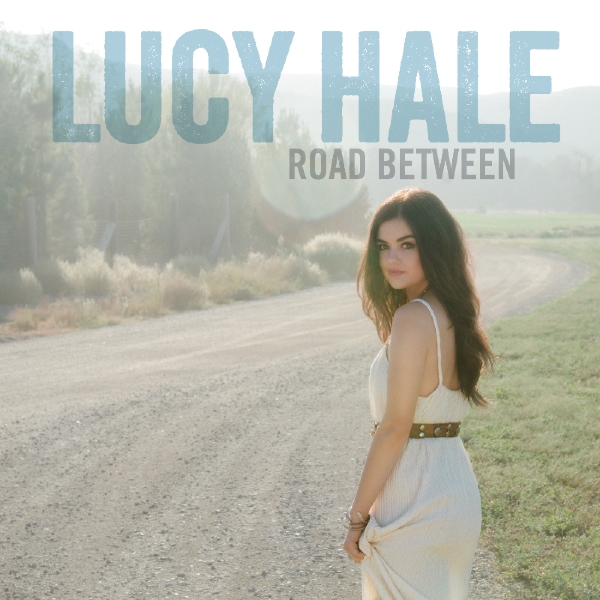 Country newcomer Lucy Hale released her highly anticipated debut album, ROAD BETWEEN, this week on June 4.  The album, produced by Mark Bright and Mike Daly, houses 11 solid songs including debut single “You Sound Good To Me.”

Hale is an well-known actress starring on ABC Family’s Pretty Little Liars, however, with the release of her debut album, she quickly establishes herself as a talented country artist. The country newcomer captures listeners with her smooth vocals from start to finish, as Hale’s personality shines throughout each of her songs. She delivers energetic tracks such as “From The Backseat,” “Lie A Little Better,” and “Love Tonight” with spark and charm, and shows off her feisty/playful side on “Goodbye Gone” and “That’s What I Call Crazy.” Lucy’s voice blends together brilliantly with Joe Nichols on “Red Dress,” and she brings the softer tracks to life with her powerful vocals on songs such as “Nervous Girls,” “Road Between” and “Just Another Love Song,” a song co-written by Hale.

Road Between is a mature album from the young country artist, and is enjoyable for all listeners. Lucy Hale delivers a refreshing sound, and makes for a fantastic addition to the country music genre.

In addition to debut single “You Sound Good To Me,” CountryMusicRocks top three song picks include “From The Backseat,” “Road Between” and “Just Another Love Song.”

Road Between is available now and is a must-have for your country music collection! Pick up a copy at a retail store, or online at iTunes HERE.