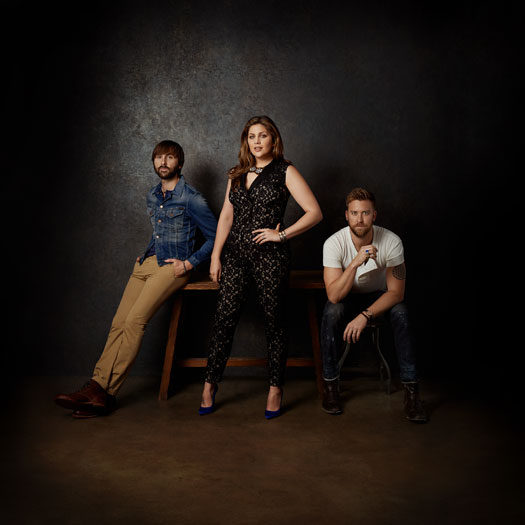 Seven-time GRAMMY award-winning trio Lady Antebellum will make the television debut of their sultry new single “Bartender” this Wednesday (5/21) on the season finale of American Idol at 7:00P CT on FOX.

The new track is now available for purchase on iTunes and is also officially going for adds at country radio this week.  Pick up your copy of “Bartender” here – http://bit.ly/labartender.

From Los Angeles, the trio will cross the country to perform on Good Morning America on Friday (5/23), where they’ll kick off the show’s Summer Concert Series live from Central Park. Fans outside of New York City will be able to catch the group on their headlining 2014 TAKE ME DOWNTOWN TOUR through the fall.

For a full list of upcoming television appearances and tour dates, visit ladyantebellum.com.