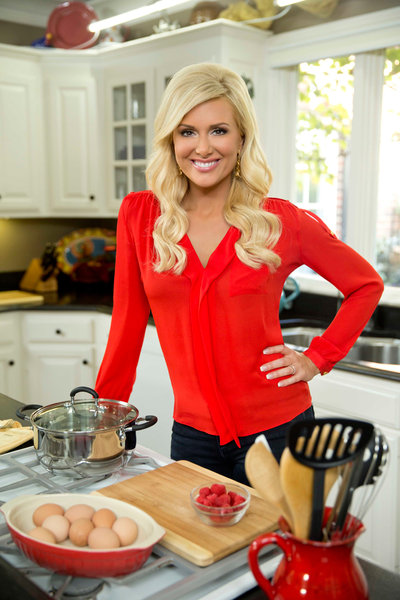 Southern Living and CMT partnered to celebrate two of America’s favorite things–delicious home-cooked food and country music–in COUNTRY MUSIC’S GREATEST EATS (May 6, 2014; Oxmoor House; $24.95). Much more than a cookbook, COUNTRY MUSIC’S GREATEST EATS is a backstage pass to the lives–and kitchens of over 30 of country’s biggest stars, including legends like Alan Jackson, Hank Williams, Jr., and Wynonna, as well as some of today’s hottest stars like Florida Georgia Line, Gloriana, Miranda Lambert and The Zac Brown Band. 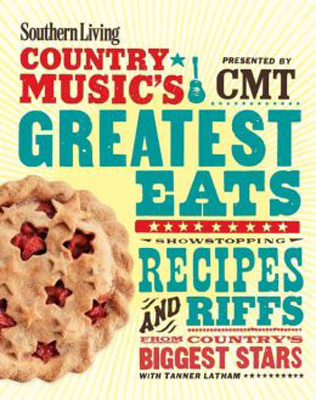 CountryMusicRocks recently caught up with CMT’s Allison DeMarcus, and she gave us an exclusive, detailed insight into COUNTRY MUSIC’S GREATEST EATS. The book is so much more than just a cookbook and will make for a great addition to your home, as well as make for a great gift that will be cherished. Check out our interview with Allison and be sure to pick up a copy of COUNTRY MUSIC’S GREATEST EATS by clicking HERE.

CountryMusicRocks: From your perspective, tell us a little about Country Music’s Greatest Eats because I know it is more than just a standard cookbook.

Allison DeMarcus: There are 30 artists included in the book and they’ve shared their favorite recipes. I think what is so great about it is that they ended up sharing a lot of family recipes, not by design but that is just kind of how it started happening. It’s really cool because there is an interview with each of the 30 artists & contributors, and so you get to know a little bit about them.

Alan Jackson shares his mom’s Chicken Philly Cheesesteak Sandwich. He talks about how he just loves simple food, no matter how old he’s gotten or where he travels, he just says that he still likes the simple things that his mom Ruth used to make for him. Those are some things that he shared and his wife, Denise, he gave her German Chocolate Cake Recipe. It is DIVINE!! You know stuff about Alan Jackson that  you’ve read over the years and you know that he has this long career, but it is fun to hear him talk about growing up in Newnan, Georgia and that his life was really simple, and his mom Ruth cooked all the time and always prepared classic southern dishes. That is what he and his wife still have in their home with their three daughters.

CountryMusicRocks: You’ve been out making several media appearances to support the new cookbook, including QVC & Fox and Friends, tell us what its been like being out on the road promoting this new cookbook?

Allison DeMarcus: It’s been a ton of fun! I obviously love country music and I’ve worked for CMT since 2007. I feel a connection with these artists through that and through my personal relationships with them, and so it is fun to see another side of them.  I’ve been around Miranda Lambert since she was a new artist, when Blake [Shelton] was on tour with my husband [Jay Demarcus] and the [Rascal] Flatts for a year and a half. So to know that every year on her birthday, she eats her mama’s meatloaf,  that’s just something that would never come up between the two of us. That is something that is interesting, and fun. She’s from a small town in Texas, so it is nice to know that she always still eats the same thing no matter if she is wildly famous and has a wildly famous husband

CountryMusicRocks: Was it difficult for you deciding what recipe to contribute to the cookbook?

Allison DeMarcus: I just shared some things that were special to me. I shared my mom’s breakfast casserole that we eat every Christmas morning, that’s a family tradition for us, and a dish I started making when I met Jay that was his mom’s pizza casserole. For one of my birthdays, she wrote out several of his favorite recipes and put them in a little journal for me, which was so sweet.  We’ve started making that pizza casserole now even more that we have children and make it for 4 versus 2. Those were some [recipes] that were special to me and so I wanted to share those.

CountryMusicRocks: What are some of the recipes that you are looking forward to trying out?

Allison DeMarcus: Wynonna Judd shared her Great Aunt Toddie’s Broccoli Rice Casserole. It has a ton of cheese in it and fried onions on the top, so it’s amazing! She talks about in the book about growing up in a small town in Kentucky and that she and her mom & sister were very, very poor and that her grandmothers always cooked for them with a lot of love. Now she and her daughter Grace make this Broccoli Rice Casserole together. She talks a lot about in the book how important it is for families to sit down and no matter what is happening to hash it out and talk.

CountryMusicRocks: With your husband Jay DeMarcus being on the road for long periods of time, what is one of his favorite meals that you make that he loves to come home to?

Allison DeMarcus: I make a chicken noodle casserole. Now in the south, we make all kinds of casseroles. He teases me and calls it a chicken surprise because he never knows exactly what I’m putting in there.  It’s southern comfort food and is something that I make a lot. But let me say this, he cooks more than I cook. He’s the one that is usually cooking for me. He doesn’t really expect it because I never really cooked for him when we were dating. My grandmother told me that if I was not going to cook when I was married then I better not start before I got married. That was really a good piece of advice from my grandma!

CountryMusicRocks:  You’ve been involved in the country music genre for several years and as you know, Country Music is consistently evolving and growing. What is it that you love most about this genre?

Allison DeMarcus: I love that country music gives you a feeling. It gives you a warm feeling. It’s about feelings and family, and wherever you are in life, I think anyone can relate to it.  I think it tells a story and that’s why I think this book is a really great tie-in to the music because that is what this is doing.

Be sure to grab your copy of COUNTRY MUSIC’S GREATEST EATS at a store near you, as well as on Amazon HERE.