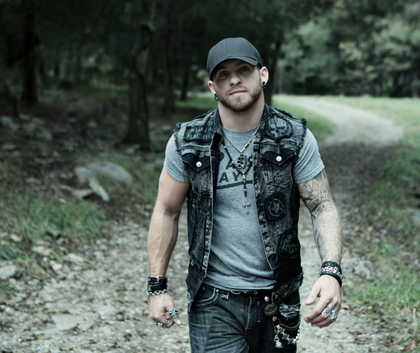 Revving up for his new album JUST AS I AM (The Valory Music Co.) on May 19, Brantley Gilbert will embark on a motorcycle ride from Athens, GA, to Arlington, VA. Both Harley-Davidson and military charity Folds of Honor will partner with the chart-topper for a six-day trek, beginning May 21.

Brantley will sign autographs at select stops along the journey and share new music with fans, performing at multiple locations, including The Georgia Theater where it all began for the Georgia native.

“As a long-time Harley-Davidson rider and enthusiast, I am beyond excited to have their support to ensure this ride is a success,” said Brantley.

A supporter of Folds of Honor, Brantley joined the organization earlier this month to help honor some of our nation’s heroes. By visiting brantleygilbert.com fans were invited to submit names of military family & friends who have lost their lives serving our country. Upon verification, the names will appear on a tour bus wrap that will accompany Brantley from Athens to Arlington. For donations and future scholarship opportunities for families of fallen soldiers visit,  foldsofhonor.org/donate.

Fans will be able to follow along with Brantley’s journey with daily video updates, tweets, photos and news alerts beginning May 21 at brantleygilbert.com.

SCHEDULE:
Exact times and location details to be announced week of May 12