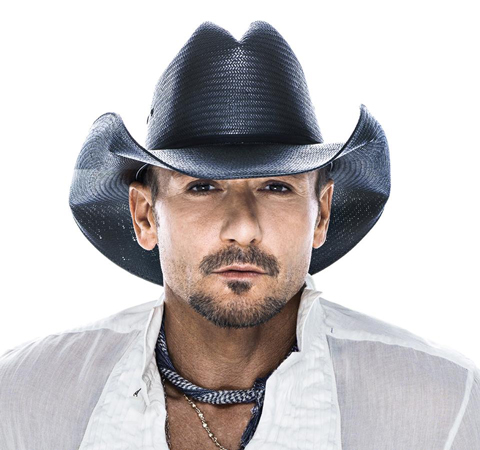 Superstar Tim McGraw announced that his upcoming Big Machine Records album, SUNDOWN HEAVEN TOWN is set for release on Sept., 16.  Country radio is already on board with lead single “Lookin’ For That Girl,” which climbs into the Top 20 on the charts this week.

Beginning on Sunday, April 6, during his performance on the ACM Awards, McGraw will launch an unprecedented program called “Countdown To Sundown.”  When fans Shazam his ACM performance, they can join the Countdown program and will automatically have access to exclusive content and be entered to win a season pass for 2 tickets to each of Tim’s summer tour dates including an all expense paid trip to the tour’s opening night on May 8th.

Throughout the “Countdown To Sundown,” as the march towards street date heats up, the GRAMMY winning entertainer will be revealing new songs from the album through major primetime television performances and will provide fans with exclusive access to free downloads, first listens, behind the scenes looks, exclusive tour experiences, contests and more through www.countdowntosundown.com.

“When you finish making an album, all you want is to have everyone hear it as soon as possible,” said McGraw.  “I’m in the unique position this year that I’m able to tour ahead of the album and introduce the fans to these songs early.   I’ve never done anything like this before, but in a world driven by immediate gratification, I want to be able to play a song live somewhere and then have it available for download right then.  You just never know where new music might pop up over the next few months… It’s going to be a fun summer!”

On May 8, McGraw will kick off his SUNDOWN HEAVEN TOWN 2014 TOUR bringing his “characteristically high-octane” (Billboard) show to over 30 cities.  Joining him for the summer run will be rising stars Kip Moore and Cassadee Pope.  For a full list of dates and to purchase tickets, visit www.timmcgraw.com.

Up next, McGraw is set to perform at the 2014 NCAA March Madness Music Festival on Saturday, April 5 in Dallas.  From there, he’ll head to Las Vegas for the 49th Annual Academy of Country Music Awards where he tops the list of most nominated artists with a tally of seven nominations for his TWO LANES OF FREEDOM album as both an artist and producer.