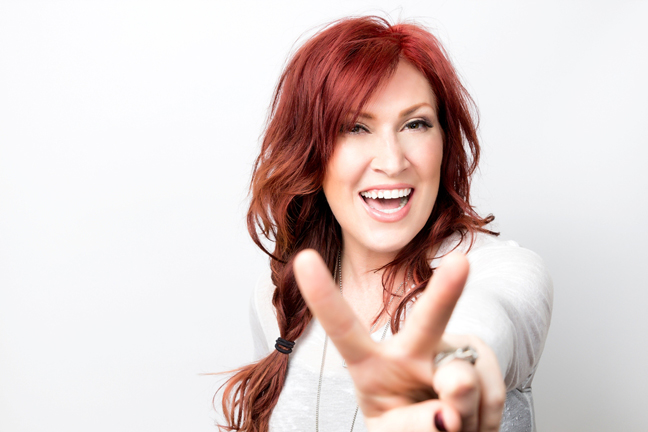 Country superstar Jo Dee Messina recently released her brand new studio album, ME,  on March 18.  Released on her own label, Dreambound Records and funded by the fans through a kickstarter campaign, ME is a solid collection of music and is considered Messina’s most personal album to date.

CountryMusicRocks got the opportunity to catch up with Jo Dee Messina to chat with her about her brand new album, new single, plans for this summer and more!

CountryMusicRocks (CMR): Congratulations on the release of your new album ME!!! For folks that may not have had a chance to pick up the new album. Tell us a little about it and how would you best describe this collection of music?

CMR: You recorded this album on your on new label, Dreambound Records, and you used the kickstarter program.  Tell us a little about the process

Jo Dee Messina: The first two weeks of that kickstarter campaign was mainly educating people. As soon as the word went out, people were like ‘what is she doing asking for money?’ I was like, no, no, no, you don’t understand!!! So by the time were into the the third week of the campaign, I finally figured a way to explain it really quick. It was like, I’m having a garage sale and I’m selling unique items that you can’t get on a regular basis. Like me performing in your backyard or us going running together, or a phone call.  I’m selling unique items and that money will be used to make the record.  Every level required some action on my part.

CMR: What was one of your most memorable moments recording this album?

Jo Dee Messina: I think the funnest thing was when the fans came in to sing on “He’s Messed Up.” Besides tracking, I think this was really fun. To be able to hang out with fans and walk them through the process of putting their part down on the record, that was fun. It was really unique, you don’t get to do that a lot.

CMR: You recently released a new single from the album, “A Woman’s Rant.” Tell us a little about that song?

Jo Dee Messina: That song actually started off as a journal entry. I had a newborn baby and my husband would not get out of bed to get the baby at 4:30 in the morning.  By the time I got the baby and changed him and burped him and all that stuff, I was wide away.  So I went downstairs and started writing.  I’m like it’s “6am, I’m out of bed and stumble through the haze.  Ain’t no coffee strong enough to get me through my day.” I was like, huh! “One thing to another, There’s no time to stop, I hit the ground a runnin’ and keep runnin’ til I drop.”  I was like, this could be a song. The funny part about “A Woman’s Rant” is that it started off as a journal entry and many, many women that see me perform it are like ‘Oh My God! That’s My Life!!’

CMR: You have such an arsenal of songs and so many hit singles over the years. When it comes to making your set list, what is ONE song that will always be a part of your set list. What’s the  one song you can’t imagine doing a set without singing it?

Jo Dee Messina: I would say “Heads Carolina,” but there have been nights where I have forgotten to sing it! “Heads Carolina” is something that everyone identifies with me.

CMR: With 2014 already off to a great start for you, what are some of your goals and plans for this year that you’re really looking forward to?

Jo Dee Messina: We start touring in May. We are putting together a new show and we’ll be carrying CD’s from city to city and signing after every show.  We are going to try to do a lot of record signings and get the record out there to as many people as possible. So we start in May and it will be non-stop through the end of the year.

Jo Dee Messina: That it is consistently evolving and growing, and I love it. People are like, ‘what do you think that there is no women in radio for every ten songs?’ and I say ‘It ebbs and flows.’  It was this way years ago and then came Shania [Twain], and then came Faith [Hill], and then came Martina [McBride], and then came Sara [Evans]. It just kind of ebbs and flows. It is constantly evolving and you can never count out what it was or what it will be with country music. Everything from Johnny Cash to Taylor Swift is welcome in this format. Which is great. I think if we start too get focused on one type of song or one type of sound, then you alienate the people that love that vast style.

Jo Dee Messina’s new album ME is available now at a retail store near you, or online at iTunes HERE.