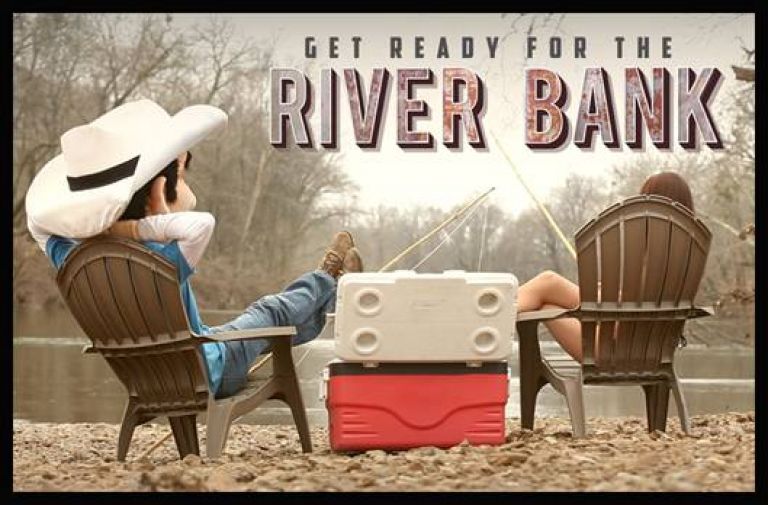 Country music superstar Brad Paisley is ready to celebrate warm weather and blue skies with the carefree fun of his new single, “River Bank,” the first song from his next album, set for release later this year.

Penned by Paisley and longtime co-writer Kelley Lovelace, the good-timing track will be delivered to country radio on April 4, with an official airplay impact date of April 14.

About the new song, Sony Music Nashville Chairman & CEO Gary Overton cheers, “Brad has given us a monster, up-tempo, rockin’ Country hit to start off the summer!”

Fans can look forward to the national television debut of “River Bank” this Sunday, April 6, when Paisley performs the song in a special segment from the Las Vegas MGM Grand’s Talent Pool as part of the 49th Annual Academy of Country Music Awards, airing at 8 PM ET/delayed PT on CBS.

“River Bank” will be released as a digital single on April 6 and is currently available now HERE.