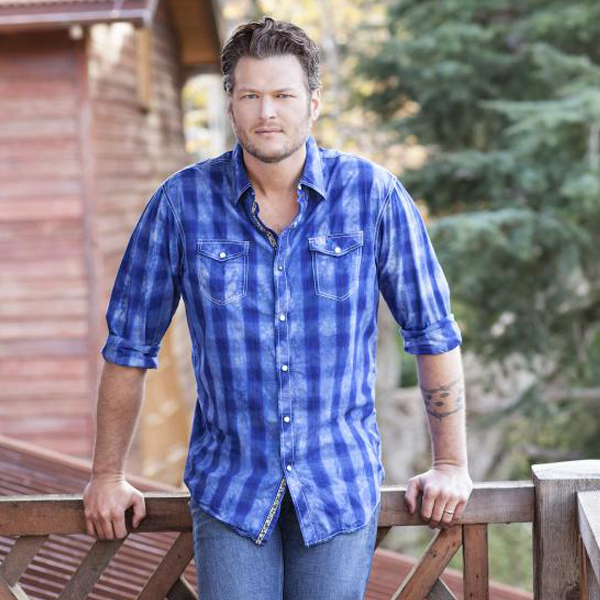 Blake Shelton, five-time nominee including a nod for ACM Awards most prestigious honor, Entertainer of the Year, made history with his 11th consecutive No. 1 (his 16th overall) ”Doin’ What She Likes,” making him the record holder for the most consecutive No. 1’s in monitored country airplay history.

Blake will be performing this along with other hits off of his Grammy-nominated album, Based On A True Story, on his upcoming Ten Times Crazier Tour 2014, promoted by LiveNation and sponsored by Pepsi. The tour kicks off in June, including visits to Wrigley Field in Chicago, Ill., The Hollywood Bowl in Los Angeles, Calif., and Madison Square Garden in New York, Ny. and featuring The Band Perry, Dan + Shay, and Neal McCoy (full list of dates and cities here).

Blake will also be returning for his fourth year to co-host and perform at the 49th Annual Academy of Country Music Awards airing live this Sunday, April 6 on CBS at 8pmET/PT. Additionally, fans can catch him on the Emmy Award-winning show The Voice Mondays and Tuesdays on NBC.