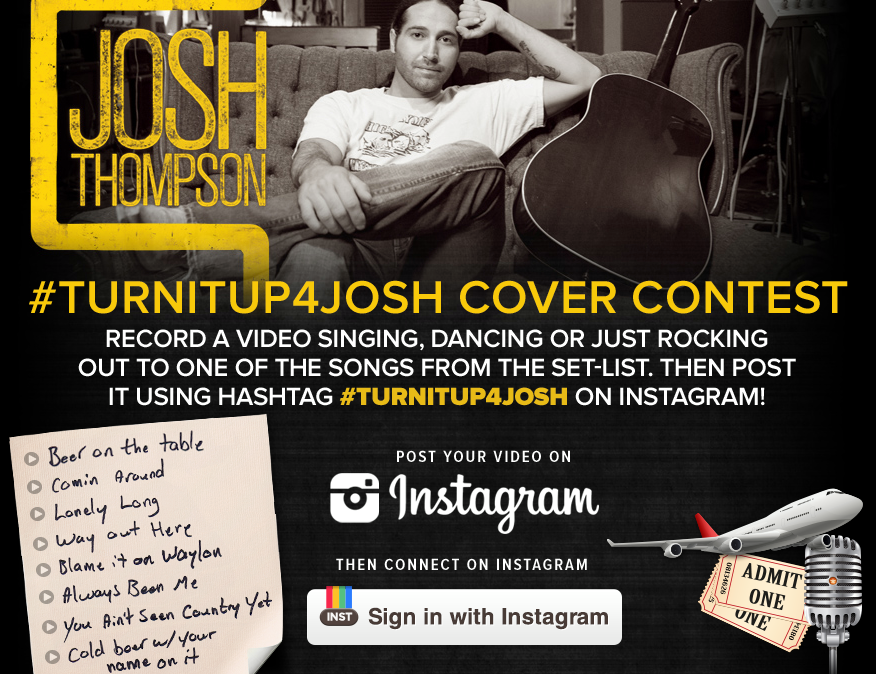 Show Dog-Universal Music recording artist Josh Thompson is gearing up to release his sophomore album, TURN IT UP, on April 1. To celebrate the release of his forthcoming album, Thompson is giving fans a chance to join him on stage!

Via his social media platforms, Thompson launched a cover contest earlier this week (March 10) giving fans a chance to #TurnItUp4Josh!  To enter, submit an Instagram video covering one of the songs on Josh’s setlist (see below).  One winner will be flown to see Josh in concert and get to join him on stage!!!

The best news? Fans don’t have to sing to enter! Fans can sing, lip sync, or just rock out to the song to be eligible! All of you hairbrush singers, this is your chance! Plus, your video may end up being featured on Josh’s social media platforms, so get ready to rock your best inner Josh Thompson! Get all the information and details for the contest HERE.

Josh Thompson’s sophomore album, TURN IT UP, is set to release on April 1 and is available for pre-order now by clicking HERE.