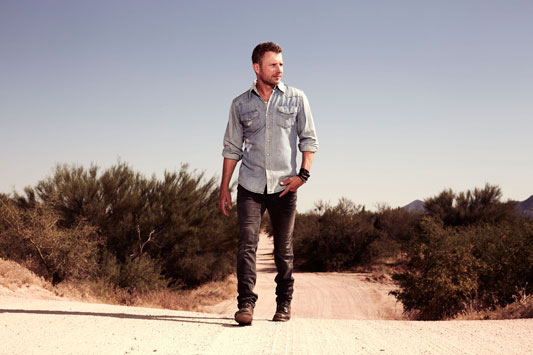 Multi-Platinum artist Dierks Bentley has earned his first No. one hit off his seventh studio album RISER, as “I Hold On” tops both the Billboard Country Airplay and Mediabase radio charts this week.

“I was just sitting in my truck looking over at the passenger seat where my dad sat almost 20 years ago when we drove from Phoenix to Nashville at the beginning of this honky tonk dream. He would love that a song inspired from that road trip made it to the top of the country charts,” said Bentley.

“I’ve said from the beginning, if you want to know who I am in three minutes and thirty seconds, play this song. The fact that country radio and the fans got on board for this one, and that I’m getting such great feedback to the entire album is so overwhelming. There are a lot of songs on this album I want to get to as singles, and there is no better way to do that than to start off with a big hit. I am really grateful that country radio continues to like what I’m doing and supports me and my music.”

Bentley will kick off his headlining 2014 RISER TOUR on May 9 in Charlotte, NC with special guests Chris Young, Chase Rice and Jon Pardi. For a full list of upcoming tour dates and appearances,visit www.dierks.com.