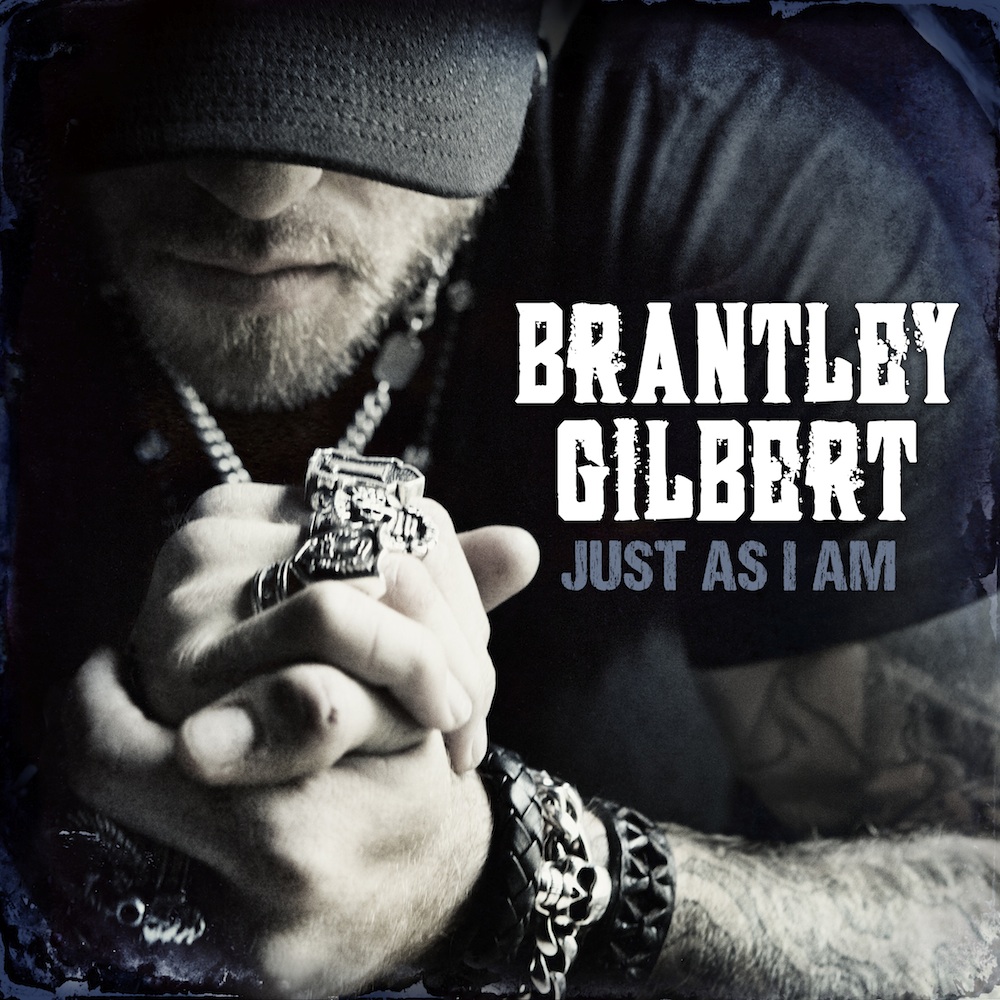 On May 19, Brantley Gilbert will release his third studio album JUST AS I AM (The Valory Music Co.). Already off to an incredible start, the lead single “Bottoms Up” recently catapulted to #1 on Billboard’s Hot Country Songs chart and has sold over 650,000 digital tracks to date.

The rocking anthem also debuted in the top spot on the iTunes Country Top Songs chart upon release in December and has consistently maintained the position, even in the midst of major new releases. Fans can pre–order a digital copy of the album HERE.

Over the weekend, 40,000 diehard fans helped unveil the cover art through a social media campaign. Fans who used the hashtag #JustAsIAm on Twitter and Facebook helped reveal the cover piece by piece on www.brantleygilbert.com.

Having written on every track, Brantley’s first new music in over four years delivers a more personal look into his life … and continues his story.

“I have always said that each of my albums has told a story… my story, and this album is no different. This one picks up where HALFWAY TO HEAVEN left off,” said Brantley. “I have gone through a lot the past few years… a lot of highs and lows and all of that is reflected in this project. My fans know I’m a straight shooter so I didn’t leave anything out. I think there is something for everyone — from my party side to the gentler stuff. I can’t wait to share this new music with the BG Nation.”

JUST AS I AM is the follow-up to Brantley’s 2012 HALFWAY TO HEAVEN, which has sold over 1 million copies and scored the Georgia native back-to-back #1 hits – PLATINUM “You Don’t Know Her Like I Do” and GOLD “Country Must Be Country Wide.” The reigning ACM New Male Vocalist of the Year has also penned the #1 tunes “My Kinda Party” and “Dirt Road Anthem,” both recorded by Jason Aldean.

Brantley will kick off his second headline run — LET IT RIDE TOUR — on March 27 with special guests Thomas Rhett and Eric Paslay. For tour dates and more visit, www.brantleygilbert.com.