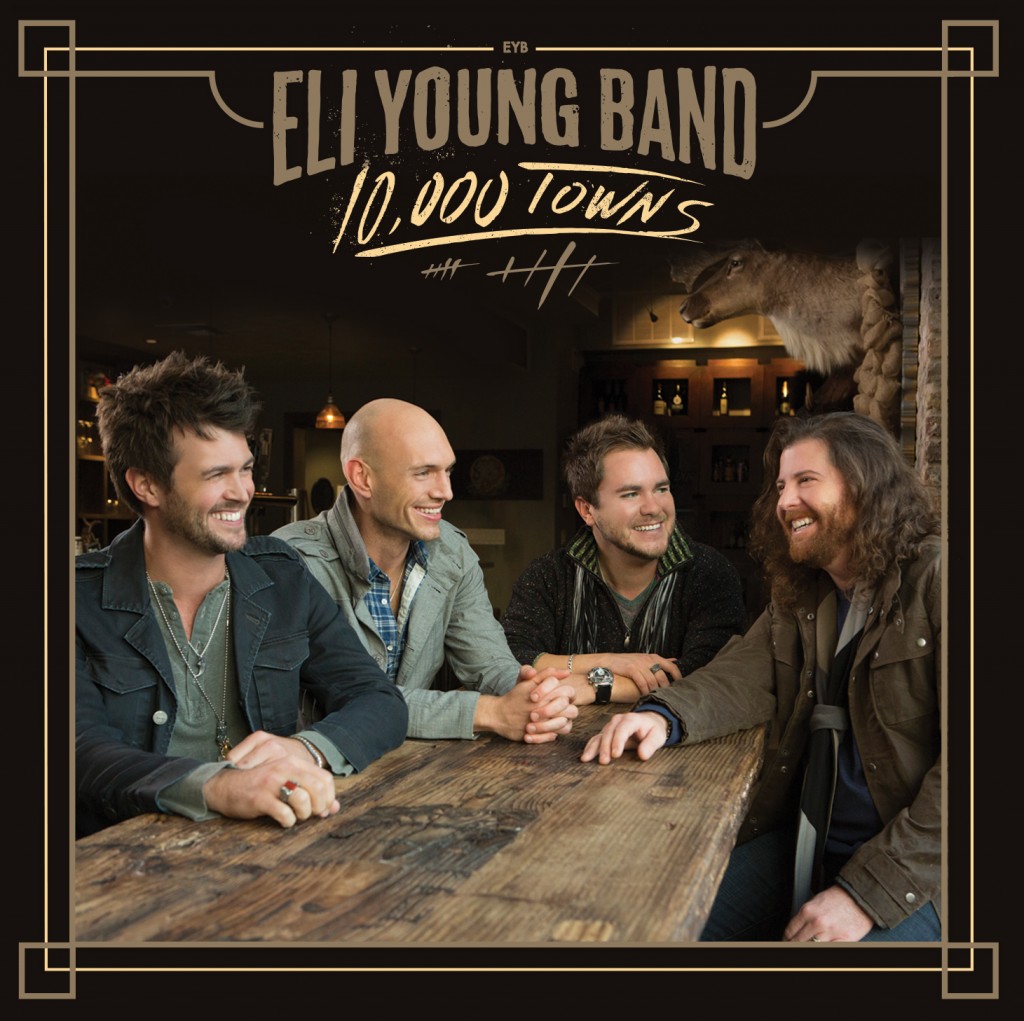 Beginning today, all fans who pre-order Eli Young Band’s 10,000 TOWNS album via http://smarturl.it/uth9rr will score a unique bonus … a signed, one-of-a-kind Polaroid picture from EYB. Additionally, ten albums will come with a “Golden Ticket” and the winners will receive an EYB t-shirt, hat, koozie and bracelet while one Grand Prize winner will score an autographed guitar.

Through iTunes, the talented foursome will offer up select tracks in advance of their March 4 release on Republic Nashville. The preview kicks off today with EYB’s third career #1 – the GOLD-certified smash “Drunk Last Night” – and their latest single “Dust,” which was the most added at Country radio this week with 62 reporting stations.

“This is my favorite record we’ve ever made and the most driving record we’ve made yet. These songs mean a lot to us beginning to end. It’s worth a pre-order,” said lead singer Mike Eli.

In addition to penning over half of the tracks, EYB co-produced the 11-song project with Justin Niebank and Frank Liddell.

For the third consecutive year, EYB is nominated for Vocal Group of the Year at the ACM Awards, airing April 6 on CBS at 8P ET.

While also selling out venues as a headliner from coast to coast, EYB will share the new music with fans while on the road with Darius Rucker’s TRUE BELIEVERS TOUR and Jake Owen’s DAYS OF GOLD TOUR, beginning this Spring. For tour dates and more, visit EliYoungBand.com.