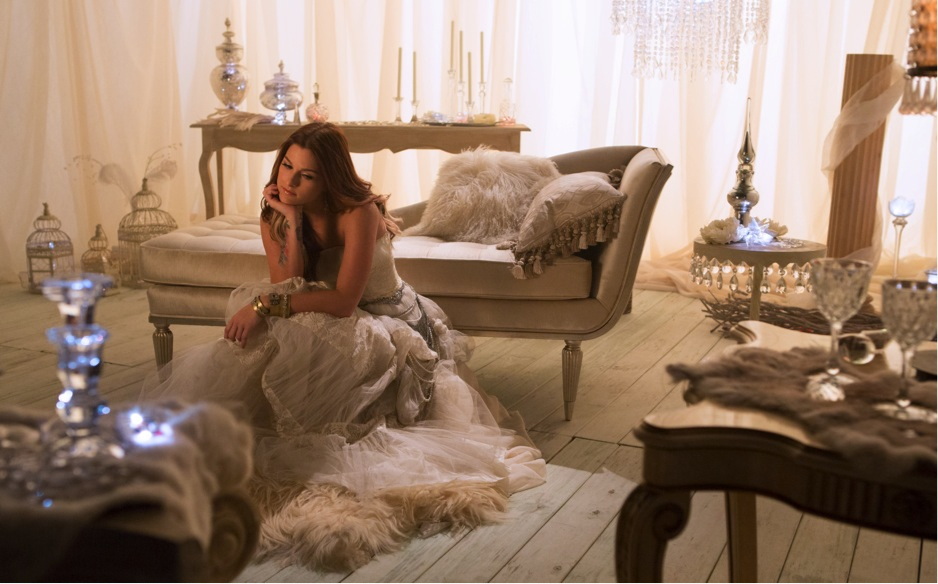 Armed with “Wasting All These Tears,” the Top 10 Country debut single that has sold nearly 1 million copies, talented newcomer Cassadee Pope has released a brand new music video! The petite powerhouse’s latest offering, “I Wish I Could Break Your Heart,” has already garnered buzz with over 310,000 fans viewing online. Watch now here.

Director Wes Edwards utilized the blank canvas of a sound stage in Nashville to capture a balance of femininity and empowerment. Soft scenes draped in ivory lace and pearls are intercut with dark visuals depicting broken hearts, mimicking the whirlwind of emotions that come with a failed relationship. Cassadee’s band is also featured in a rockin’ performance as she belts out the driving chorus.

The single is from Cassadee’s album FRAME BY FRAME, which debuted in the upper echelon on the Billboard charts – #1 Top Country Albums and Top 10 all-genre Top Albums. The achievement marked Cassadee as one of only two solo women in the past five years to top the Country chart with a debut release. The singer/songwriter stole the national spotlight when she won The Voice (season 3) as part of Team Blake (Shelton) and dominated the #1 spot on iTunes All-Genre chart with three of her performances.