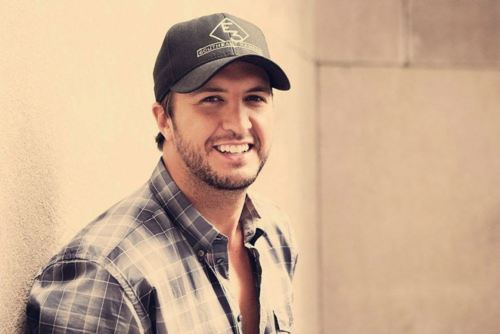 The reigning Academy of Country Music Entertainer of the Year Luke Bryan will electrify the crowd during the DAYTONA 500 Budweiser Pre-Race Show, the prelude to the start of the “The Great American Race” at Daytona International Speedway on Sunday, Feb. 23rd (1 p.m. – FOX, FOX Deportes, MRN Radio and SiriusXM NASCAR Radio).

Bryan will perform several of his hits on pit road of the “World Center of Racing” prior to the start of the 56th annual DAYTONA 500 – the prestigious season-opening event to the NASCAR Sprint Cup Series. All race fans that purchase a Pre-Race/Sprint FANZONE access pass for the DAYTONA 500 can enjoy Bryan’s DAYTONA 500 Budweiser Pre-Race Show up close as well as driver introductions.

“We’re thrilled to have a talented artist such as Luke Bryan perform prior to the start of the Daytona 500,” Daytona International Speedway President Joie Chitwood III said. “We’re expecting Luke to put on an exhilarating show that will energize our race fans as we kick off the new NASCAR Sprint Cup Series season.”

Bryan’s recently released fourth studio album “Crash My Party” has produced hit singles such as “Crash My Party,” “Drink a Beer” and “That’s My Kind of Night” and has sold over one million copies. In 2013, Bryan was named Academy of Country Music Awards’ Entertainer of the Year and earned American Music Awards Favorite Country Male Artist.

In addition to his concert, a special ticket package designed around Luke Bryan has been created that includes a DAYTONA 500 grandstand ticket, Pre-Race/Sprint FANZONE access and VIP area access to Luke Bryan’s performance.  Packages start at $164. Fans that already have race tickets can add Pre-Race/Sprint FANZONE access along with VIP area access for $99.

For more information on tickets for the 56th annual DAYTONA 500 and Sprint FANZONE/Pre-Race access, race fans can go online at daytonainternationalspeedway.com or call 1-800-PITSHOP.

Fans can follow NASCAR on Twitter (@NASCAR) and stay up to speed on the latest news by using hashtags #NASCAR, #DAYTONA500 and #ROADTODAYTONA.  Stay connected with Daytona International Speedway on Twitter, Facebook, Instagram and Pinterest for the latest news all season long.  Fans can also follow the latest on DAYTONA Rising, the $400 million frontstretch renovation at the “World Center of Racing” by using #DAYTONARising on Twitter or visiting www.daytonarising.com.