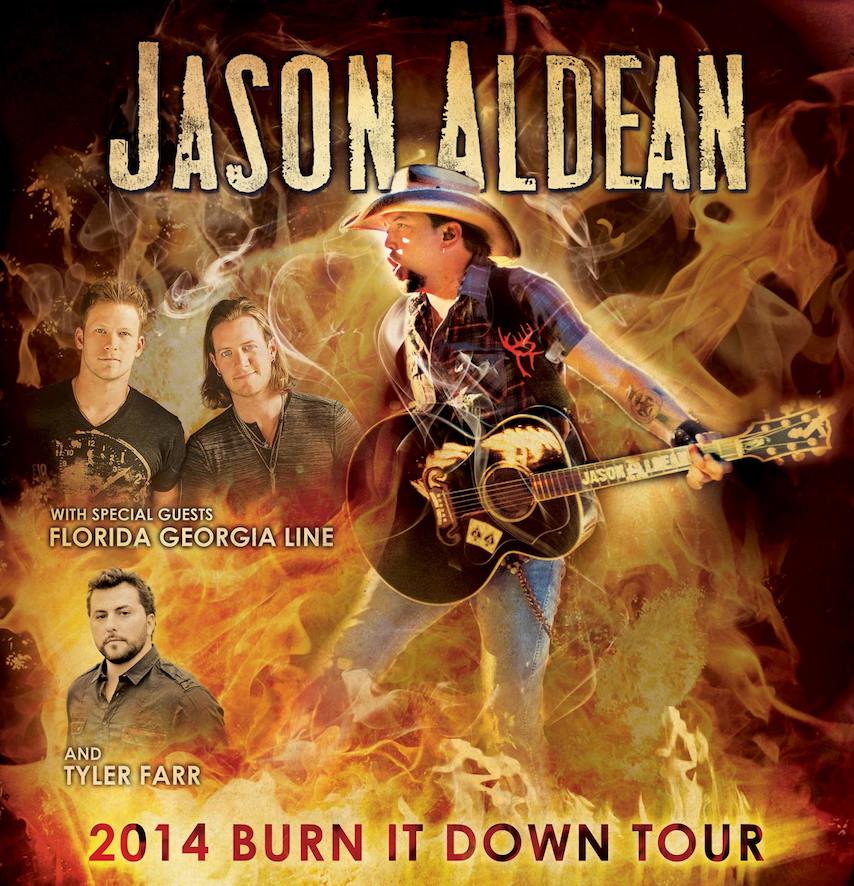 From New York City this morning, Multi-Platinum entertainer Jason Aldean announced the details of his 2014 BURN IT DOWN TOUR that will kick off May 1 in Roanoke, VA and continue on to roughly 50 cities through the end of the year.

“It’s no secret that I grew up dreaming of playing baseball stadiums,” said Aldean. “I thought it would be as a first baseman, but playing them as a musician is just as sweet!   We’re going to crank this thing up to 11, bring along our buddies Florida Georgia Line and Tyler Farr and put on the biggest and best show we can.  My goal is that when the last song is over, and you’re walking back to the parking lot, you’re already on your phone searching to find the next show.”

In the wake of shattered attendance records and more than 1.5 million tickets sold on his last tour, Aldean’s 2014 BURN IT DOWN TOUR follows sellouts at some of the nation’s most legendary venues including University of Georgia’s Sanford Stadium, Wrigley Field, a two-night stand at Fenway Park, Madison Square Garden and the Hollywood Bowl.