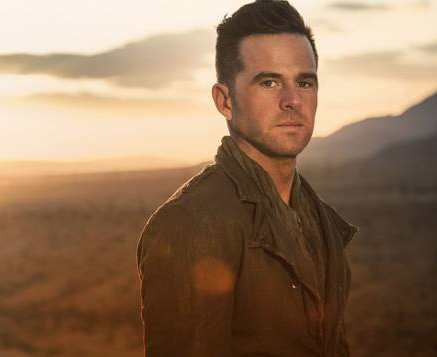 David Nail is a sports enthusiast, who could probably quote you stats on football, baseball and basketball, if not curling. Before heading to Nashville, he was more interested in sports than music, and was even a baseball star in high school with a batting average of .385 and set the school record by stealing 21 bases during his senior year. So, as an avid sports fan, he’ll be watching the NFL playoffs this weekend, even though his beloved St. Louis Rams won’t be playing.

When asked who he’d like to see come out on top of the two playoff games this season, his picks (or certainly the reasons behind his choices) might surprise you.

“[San Francisco quarterback] Colin Kaepernick was right behind us on the red carpet at the ACM Awards and was super nice guy and talked to my wife, and she acted like she knew who he was and what he did which she had no clue, but she played it off really nicely,” says David. “So, we’ve been kind of rooting secretly for him throughout the playoffs. I love the city of Seattle, and I know it’d be great for them as well. So, that one’s a tough one.”

“The AFC is equally as tough because I love both quarterbacks, Peyton [Manning] and Tom Brady, as well. But, I was driving in and on the radio, they just came out with the fact that Tom Brady was the most-hated quarterback in the NFL, because he was ridiculously good-looking and he married a supermodel wife. I said that was absolutely ridiculous that that would make him the most-hated guy, because he’s like the most non-arrogant, just seems like a regular old guy, if you kind of know his past. And so, I kind of made a decision there that I’m gonna root for Tom Brady, which is going to be tough. So, I’m rooting for two teams that are probably the underdogs.”

David is charging up the field on the country charts with his latest single, “Whatever She’s Got,” the first single from his forthcoming I’m a Fire, due in stores March 4th.