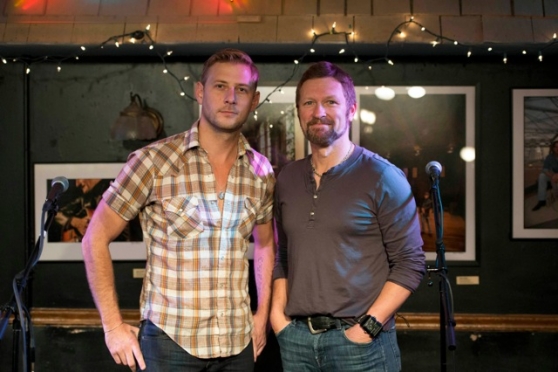 Filmed at the legendary Bluebird Café, Black River Entertainment recording artist Craig Morgan’s performance of his hit single, “Wake Up Lovin’ You,” is featured as the audience is introduced to aspiring singer/songwriter Jimmy Stanley and his girlfriend/manager April Nemeth.

Written by Josh Osborne, Matt Ramsey, and Trevor Rosen, “Wake Up Lovin’ You” was co-produced by Craig and his longtime creative partner Phil O’Donnell and is found on his recent release The Journey (Livin’ Hits).

“Crazy Hearts: Nashville” follows some of the most talented up-and-coming country musicians as they balance life, love and their pursuit of stardom, one gig at a time. This series highlights the struggle, the romance and the music that fuels this iconic city. “Crazy Hearts: Nashville” premieres Wednesday, January 15th at 11PM ET/PT and Thursday, January 16th at 10PM ET/PT and continues every Thursday at 10PM ET/PT on A&E. For more information on the series, visit http://www.aetv.com/crazy-hearts-nashville or engage with the cast on facebook, twitter or instagram.