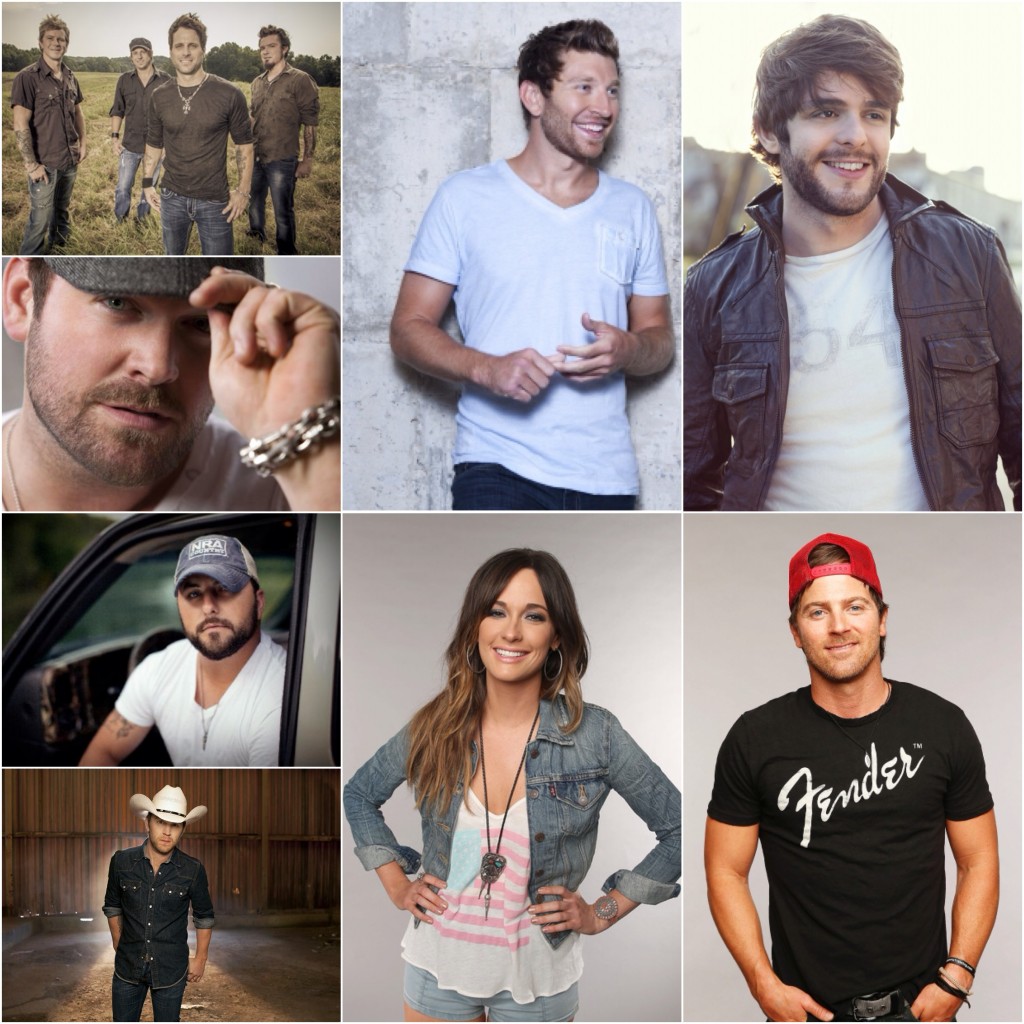 The Academy of Country Music once again combined all newcomer categories into a single, overall category for New Artist of the Year.  The New Artist of the Year award absorbs all newcomer categories including New Male Vocalist, New Female Vocalist, and New Vocal Duo or Group categories from past years, and the winner will be revealed on the LIVE telecast of the 49th Annual Academy of Country Music Awards.  The show is produced for television by dick clark productions and will be broadcast from the MGM Grand Garden Arena in Las Vegas Sunday, April 6th, 2014 at 8:00 PM live ET/delayed PT on the CBS Television Network.

NEW ARTIST OF THE YEAR semi-finalists are:

First round fan voting for New Artist of the Year will begin at www.VoteACM.com and www.GACTV.com/ACM on Tuesday, Jan. 21tst at 12Noon ET, and will close on Tuesday, Feb. 4th at 3pm ET.  The final three nominees will be announced in the coming weeks and will move on to compete in the final round of voting for the New Artist category at VoteACM.com. Final round fan voting begins on Monday, March 24th and will close on April 6th, with the winner being announced live during the 49th Annual Academy of Country Music Awards broadcast on CBS on Sunday, April 6th at 8p ET/PT.