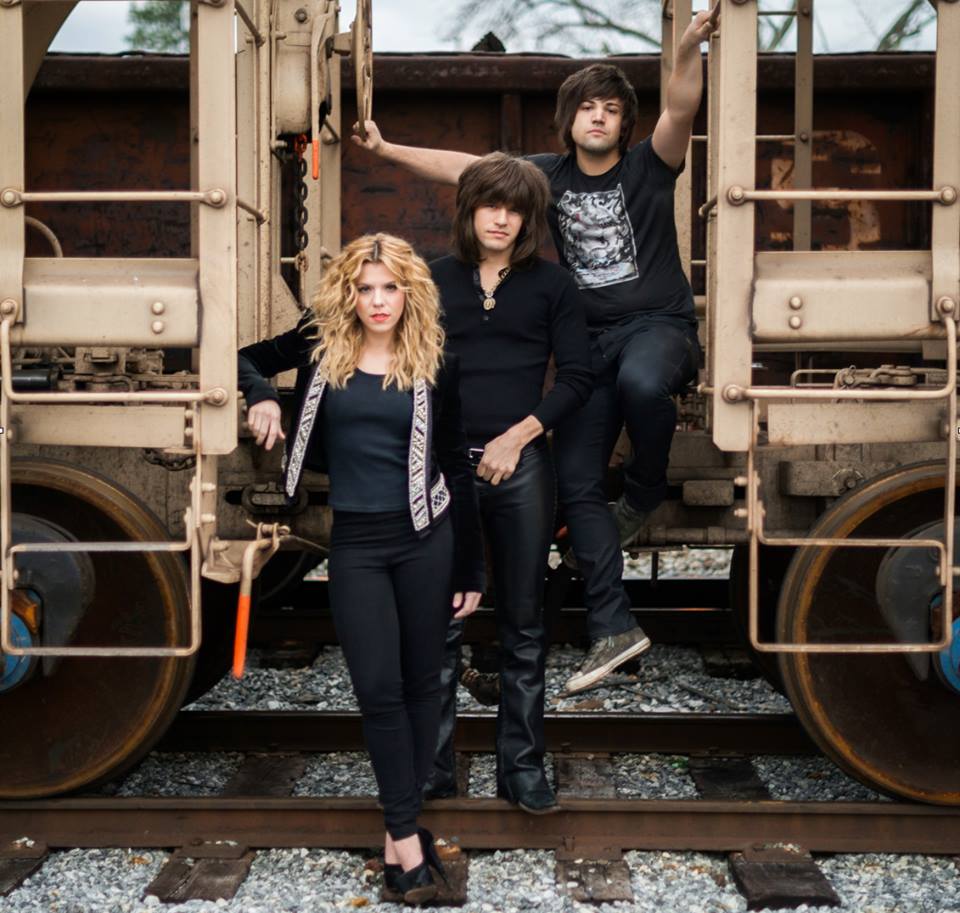 The Band Perry was hailed the hardest working country band of 2013 and one of the hardest working acts across all musical genres this week by Songkick.com, one of the world’s most comprehensive databases of concerts and tours.  The Band Perry shares the list with artists such as P!nk and The Lumineers, among others.  The only other country act to make the top 20 hardest working acts of 2013 is the legendary Willie Nelson.The superstar-sibling trio performed 126 shows to hundreds of thousands of fans around the world this year, earning them the honor.

2013 was full of non-stop activity for The Band Perry.   It opened with “Better Dig Two,” their debut single from their second studio album, Pioneer, skyrocketing to Number 1 in January in both the United States and Canada.  The RIAA platinum-certified single was their fastest rising single to date.   They followed it up with the release of their highly anticipated sophomore album, Pioneer, in April, which immediately went to Number One on the Country album charts and Number 2 on the Billboard Top 200 Chart. In celebration of the release, the band treated a crowd of more than twenty-five thousand fans to a huge free show in their hometown of Greeneville, TN.  In July, “DONE.,” the second single from Pioneer, topped the country charts in the US and Canada, marking the first Number One song for Reid and Neil Perry as songwriters.   “DONE.” has been certified gold by the RIAA and is nearing platinum status, and Pioneer was also certified gold by the RIAA in September.  Their current single, “Don’t Let Me Be Lonely,” is their 7th consecutive song to reach Top 10 at country radio and is still climbing.

The Band Perry also graced the stages of various award shows over the course of the year including the ACMs, Billboard Music Awards, Canadian Country Music Awards (CCMAs) and the CMA Awards (CMAs).  Media and industry alike called theirs “the performance of the night” on multiple occasions.  The band also stormed the network television airwaves with appearances and/or performances on the following shows and specials:  Tim McGraw Superstar Summer Night, Good Morning America, The Late Show with David Letterman, The Tonight Show with Jay Leno, Ellen, The Today Show, American Idol, Rihanna’s Styled to Rock, The Arsenio Hall Show, CMT Crossroads (with Fall Out Boy), The Talk, Nightline, GAC’s Origins, and more.

2013 is also the year The Band Perry announced and launched their first world headline tour.  Immediately following their performance on the CMAs, The Band Perry hopped a plane to Sweden where they kicked off their We Are Pioneers World Tour.  The 30-date run through Europe had the band playing to packed rooms with fans pressed up against the stage waiting to get a glimpse of their favorite band.  The shows, each one a sing-a-long bigger than the last, solidified The Band Perry on a global level.  The North American leg of the We Are Pioneers World Tour will kick off on January 9 in Penticton, BC at the South Okanagan Events Centre.  A full list of tour dates can be found HERE.