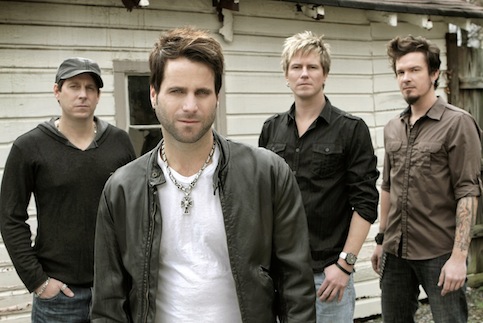 Co-written by all four members of the band alongside hit songwriter Rick Beato, Parmalee’s homage to life on the road first claimed the #1 spot on both the Billboard Country Airplay AND Mediabase/ Country Aircheck charts the week of Dec. 9th.

Also this week, “Carolina” was certified GOLD by the RIAA after surpassing 500,000 in sales.

Parmalee celebrated its GOLD sales status, #1 single and album release with a performance on FOX & Friends in New York City this past Friday. Watch the band’s performance HERE.

Since its release last Tuesday, FEELS LIKE CAROLINA has captured the attention of some of music’s most prominent tastemakers:

“. . . [a] deeply amiable album. . .while Parmalee makes misbehavior sound cuddly, it’s especially well equipped for regret.  That’s what animates not only “Carolina,” but also the album closer “Another Day Gone,” which opens with Matt Thomas singing ruefully, “I screwed up seven summers in one afternoon gone wrong,” and only gets more bruised from there                                       ~Jon Caramanica, The New York Times

“It [Feels Like Carollina] results in a twelve-song collection that never repeats an idea, full of songs that never feel like filler. It’s a generous act and anyone who knows that it takes this sort of artistic bravery to keep a music genre progressing should write a “thank you” to Parmalee this Christmas.”
~Greg Victor, Parcbench.com