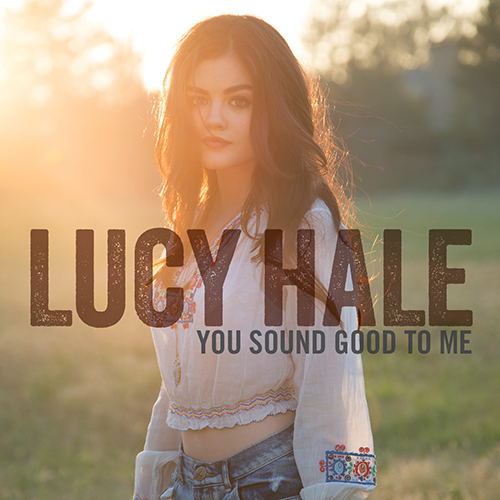 Yesterday, Lucy Hale fans got another sneak peek of her highly anticipated country album when the “Pretty Little Liars” star revealed “You Sound Good To Me” as her debut single and shared the cover art for the track.  The exciting announcement took place via LucyHale.com, Facebook, Instagram and Twitter to the delight of her nearly 7.5 million active fans.

“You Sound Good To Me,” written by Ashley Gorley, Luke Laird, and Hillary Lindsey, is set to hit country radio early next year.  The single will be available for fans to download starting January 7, 2014.

Born and raised in Memphis, Tennessee, the 24-year old singer and actress first started singing along with the radio to her favorite Martina McBride, Faith Hill and Shania Twain songs. While she made her mark early on as an actress, best known for her role on the hit ABC Family drama “Pretty Little Liars,” she is eager to share her longtime love for music, with her country debut album due next year on DMG Nashville/Bigger Picture Group.