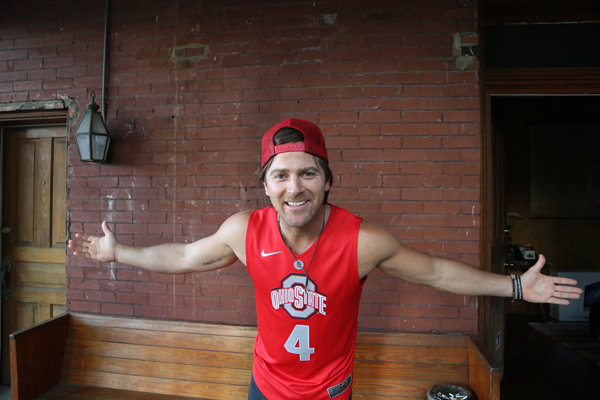 PLATINUM-selling artist Kip Moore extinguished his BURN THE WHOLE WORLD DOWN tour this weekend wrapping up with a sold-out show at Cleveland’s House of Blues on Saturday night. His headlining run resulted in sold-out dates thrilling thousands of fans with a preview of new music and what is to come from “one of Nashville’s breakout stars…” (Washington Post) in 2014.

Moore’s album UP ALL NIGHT was the best selling debut album from any solo male country artist released in 2012 and 2013, and produced three back-to-back No. one singles with “Somethin’ ‘Bout A Truck,” “Beer Money” and “Hey Pretty Girl.” From national TV appearances like TODAY, Late Night with Jimmy Fallon, Conan, The Tonight Show with Jay Leno to his first stadium slot as part of CMA Music Festival: Country’s Night to Rock and a photo spread in PEOPLE Country’s “Hottest Guy’s” issue, Moore has captivated a loyal following in both fans and critics. This year also brought Moore his first CMA Award nomination in the “New Artist Of The Year” category.

As he heads into 2014, Moore is armed with the recently released lead single, “Young Love,” from his upcoming sophomore album. A constant road warrior, Moore will pick up with Lady Antebellum on their TAKE ME DOWNTOWN TOUR on Jan. 10 in Peoria, IL.

For a full list of tour dates and more information, visit www.kipmoore.net.