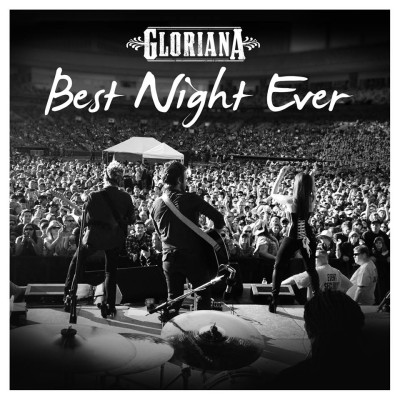 Award-winning trio Gloriana is releasing their brand-new music ”Best Night Ever,” which is available at all digital retailers just in time for the holidays. The band is currently in the studio writing and recording for their upcoming 2014 Emblem / Warner Bros. Nashville release.  Fan requests to hear new music prompted Tom, Rachel and Michael to release a song off their new album before the end of the year.

“We are excited we get to share brand new music while we are still in the studio recording, said Rachel Reinert. We really wanted to give our fans something new before the end of the year. I hope you like it as much as we do!”

Pick up their new single, “Best Night Ever,” on iTunes HERE.

Gloriana is currently out on the road in support of their critically acclaimed second studio album A Thousand Miles Left Behind. The albums breakout single, (Kissed You) Goodnight, was certified Platinum by the R.I.A.A. and landed in the Top 5 on the Billboard Country Singles Chart, marking the bands highest charting single. A Thousand Miles Left Behind debuted at #2 on the Billboard Country Album Chart and at #10 on Billboards Top 200 and received critical praise for the growth the band displays on all 11 tracks.