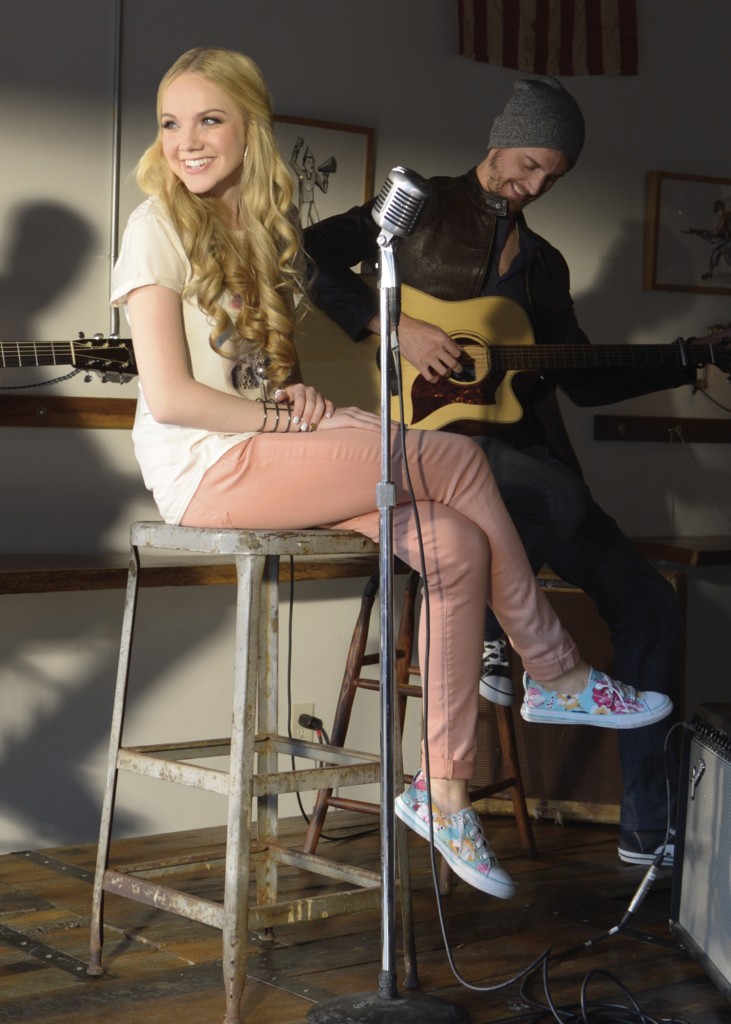 Danielle Bradbery, the 17-year-old singing sensation and recent winner of Season 4 of NBC’s The Voice, has been named the new face of SKECHERS and will appear in the Company’s global marketing and social media campaigns through 2015.

Bradbery will make her first appearance in the Spring 2014 television and print ad campaign for the charitable footwear line, BOBS from SKECHERS, which recently surpassed the six-million-pair donation milestone.

“Danielle [Bradbery] is a breakout star and we’re thrilled to have SKECHERS at the starting gate of her incredible career,” began Michael Greenberg, President of SKECHERS. “With a Top 20 hit under her belt, she’s clearly talented and definitely one to watch. We see the same massive potential in Danielle as we did in Carrie Underwood when we signed her several years ago, and we are excited to be a part of Danielle’s career from the start.”

“This has been an incredible year—I never thought I would have a record deal so quickly and appear in campaigns for SKECHERS,” said Danielle Bradbery, who is the youngest winner in the history of The Voice. “BOBS shoes have helped so many children in need with their donation program and I love the fact that it really is a simple way for anyone to give back. There is so much need out there and it’s wonderful to be part of such a positive movement that impacts people’s lives.”

“More than ever, today’s teens want to do good and be part of something bigger,” said Greenberg. “We think that Danielle’s youth, energy and commitment to our cause will be inspirational to young women, and that our successful and meaningful BOBS charity line is the perfect pairing.”

Having racked more iTunes hits than any singer in The Voice history, Bradbery has spent much of 2013 in the spotlight: charting in Billboard’s Hot Country Songs Top 20 with The Heart of Dixie in July; appearing everywhere from Rolling Stone magazine to People’s Ones to Watch party; and launching her namesake debut album on November 25th with Big Machine Label Group.  She is also performing at major country concerts, joining Brad Paisley on his “Beat This Summer Tour.”

Since its debut in 2011, BOBS shoes has taken center stage as one of the world’s most successful charity footwear brands. SKECHERS gives new shoes to children in need for each pair of BOBS purchased, and the Company has already donated more than six million pairs to communities across the United States and worldwide. Offering a collection of casual, sporty and comfort styles for women, men and kids, BOBS is available in stores nationwide and select global markets. For more information follow BOBS on Facebook, Twitter and Instagram.