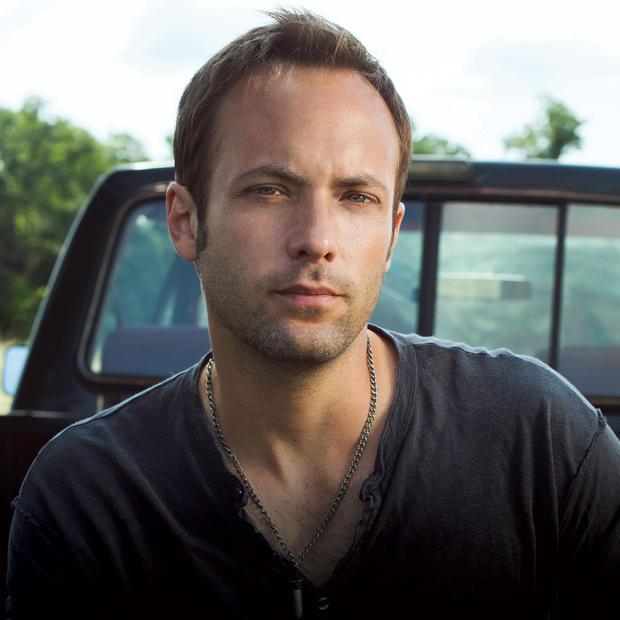 Hailing from British Columbia, country music newcomer Dallas Smith is making a solid impact on country music.  With the release of his US debut single “Tippin’ Point,” Smith is captivating country music fans & delivering a solid introduction of what’s to come on his full length studio album.

CountryMusicRocks caught up with Dallas Smith to chat with him about his new music, touring, the upcoming holidays and much more!  Check out our interview with him, and be sure to grab his new single “Tippin’ Point” on iTunes HERE.

CountryMusicRocks (CMR) – For fans that are still getting to know you, give us a quick little Dallas Smith 101.

Dallas Smith (DS) – I’ve been in the music business for quite a while now. I was the front man for a band called Default. In 2001, our first single came out called “Wasting My Time” and I pretty much toured with that band for a good decade.  As I was touring and as I was getting older, I really started gravitating towards country music and what was going on in country radio.  I grew up with both influences, my dad with a lot of classic rock and my mom played a lot of country. As I got older, I really started to gravitating towards that influence.  As more rock guitars got involved in country music, it kind of became the perfect storm of what I grew up listening to. I made my Canadian country record debut a few years ago and released it last year. We had 5 singles released off that record and it did really, really well for me.  Now I’m ready with the new single “Tippin’ Point” to bring it down to the US and see what I can do.

CMR – Tell us a little about your new single and give us some background on “Tippin’ Point.”

DS – We were looking for songs for the next record, for the record for here. My producer is Joey Moi, he works with FGL [Florida Georgia Line] and Jake Owen. So FGL had this song kicking around they had written and Joey played it for me.  At first I was a little freaked out by it, it was something that was completely out of my element, but he told me to trust him. We started recording it, and I was able to make it my own.

CMR – What cans fans expect with new music that you will be releasing?

DS – We are doing an EP of 5 or 6 songs.  We want to keep it very, very high energy so when we go out and tour, it will be a high energy set. I’m really, really excited with the songs that we’ve cut. “Tippin’ Point” kind of gives you an idea of what it will be like.

CMR – What has it been like for you having the country music industry and Nashville community embrace you & your music?

DS – It’s been great. Not many Canadian male country singers can come down and have success or be given the chance. I feel very, very blessed. Right from the get-go with the Big Loud Shirt guys, Craig Wiseman and their writing team, they opened the doors for me.  I guess they had heard my voice and liked what I could do.  Like I said, it doesn’t happen very often for us Canadians, so I’m just gonna take it & roll with it, and make the best I can with the opportunity.

CMR – What has your experience been like being out on tour with Florida Georgia Line?

DS – We did a lot of touring up in Canada with my debut record up there. I was sort of introduced to a younger audience. With the rock stuff I was doing, my crowd was getting older.  So being re-introduced to a new young crowd, they react different to different songs and different interactions that I was used to doing. It’s great to hop on a tour with these guys and get the stamp of approval from them, and be able to learn off of them from their interactions.  They are good at what they do and they understand their fans, so it is really great to learn from them.

CMR – 2013 has been a great year for you. What has been one of your standout moments?

DS – Big highlight this year, we opened up for Bob Seger up in Canada. We did a small arena tour with him.  Being able to share the stage with Bob was an honor.  I never in a million years thought I’d be in that situation and have that opportunity.

CMR – With the holidays quickly approaching, do you have any annual traditions?

DS – We just keep it simple, we do family dinners and make it about the kids.  I’ve got a couple of nephews and I’ve got a little boy myself. We just try to do Christmas through their eyes and have fun with them.

CMR – With 2014 right around the corner, what are some things that you are already looking forward to?

DS – I’m looking forward to getting this record out and getting the rest of these songs out to everybody. I’m really excited about this tour I’m doing with the FGL guys up north in my home country. It’s good to be part of those shows, being able to play longer and play the songs my Canadian fans know well.

CMR – What is one thing you would like to convey to fans that are still getting to know you?

DS – I really pride myself on, I try to represent the songs well live.  From where I come from it’s a lot people, like in the the rock world, they just get up and their voices don’t really represent what the record is. That is what I want to do, I want to put on a good show and have my vocals stand out and be the real deal.

CMR – With music consistently evolving, what do you think sets country music apart?