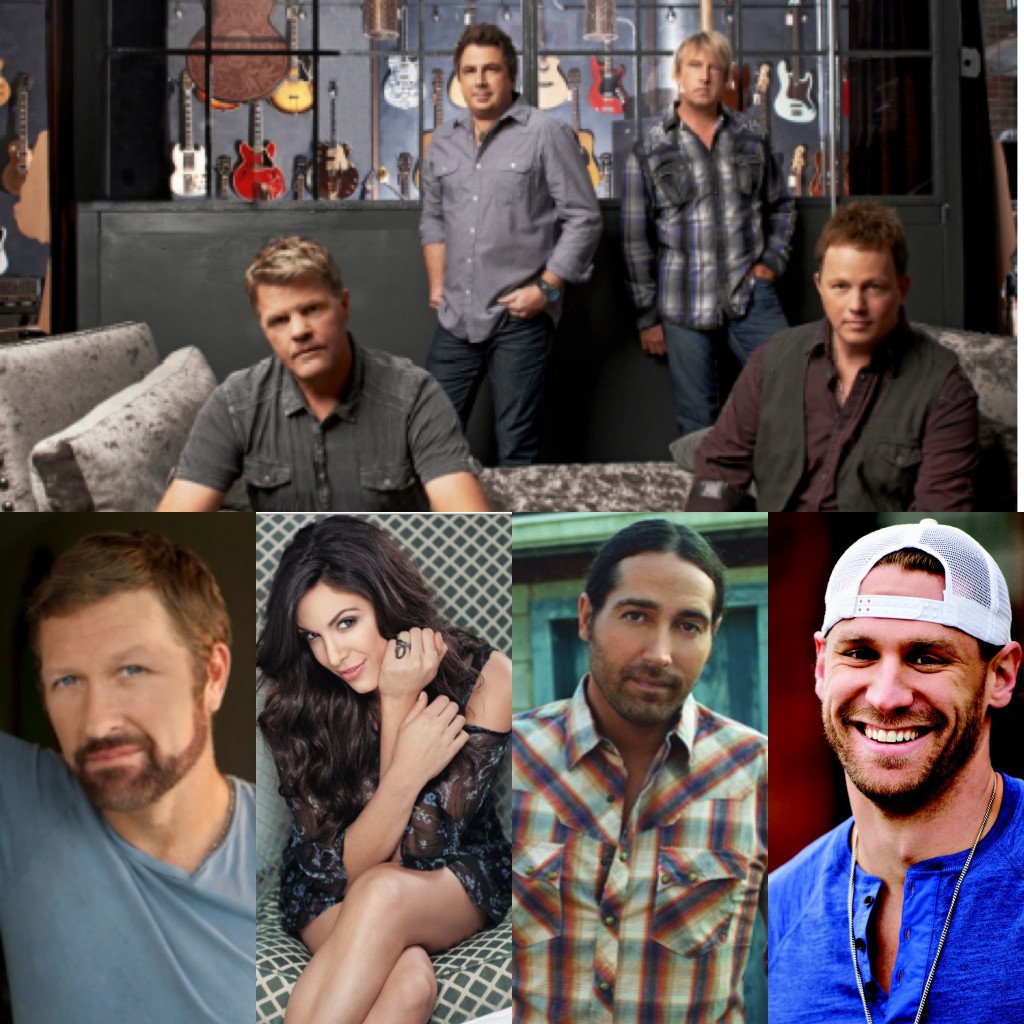 2013 has been an exciting year in country music.  We’ve heard the genre that we all know and love completely evolve and grow, however, it still stands out on its own, and it is still country music.  Throughout our artist interviews over the year, we asked several artists what they thought sets country music apart. See what Lonestar, Steve Wariner, Joel Crouse, Rose Falcon, Craig Morgan and many more shared with us.

Rachel Farley – “I think country music has such a wide variety of music within the genre. It’s so fun, you’ve got little pieces of everybody’s influences. I feel like we are so open to being influenced by every style of music and you can really hear that when you turn the radio on. It’s exciting to hear how country music is always changing, yet there is always a part of it that stays the same.”

Lonestar – “The biggest thing that sets country music apart from any other genre is the stories and the lyric of the songs” Dean said. “We are very melody driven as well, but the lyric is what people really focus in on. One of the biggest songs we ever had that Richie wrote is called “I’m Already There.” He wrote it about a personal experience, about us being gone on the road. His son, Rhett, who was four at the time called and said daddy when are you coming home. There was a lot of longing for us to be home with our families. Then 9/11 happened and we’re sending so many men & women overseas to fight for us. That song was kind of adopted by the military as their anthem. We’ve gone over to Iraq and have done some shows, and you’ll see some of the biggest, strongest, toughest guys out there in tears when we sing that song. Just to know a song like that, that we perform and that Richie wrote, can touch somebody like that – that is what country music is.”

Sweetwater Rain (Danny) – “The connection, I think, and the simplicity and realness about it. The rawness of it. It’s about making good music and reaching good people out there that are living the stuff that we are singing about and can identify with it.”

JJ Lawhorn – “I think what sets country music apart from other kinds of music is it’s just that average, every day, hardworking person’s music. People used to say to me, ‘country music is 6 strings and the truth.’ It doesn’t really matter where you are. A lot of people have to do the same things and have to deal with the working blues, or how their girl left them and they are heartbroken, or whatever the song is talking about. There is a country song for everything. It’s the average joe’s, every day person’s music.”

Josh Thompson – “I think what sets country music apart is what always set it apart. It’s very defined lyrically. There’s a story. It starts somewhere, and ends somewhere. It really centers around real life. There’s a lot of love, a lot of heartache, a lot of good times. You can listen to a lot of other genres’ music and the songs they feel good and feel great, but a lot times you will hear lyrics that you can’t really make sense of. Country Music is not that way. It’s very sense driven as far as lyrics go. I think lyrics have always been, and hopefully always will be, a focal point of country music.”

Craig Morgan – “The Reality. I think country music, more so than any other genre of music, talks about the majority of the people of this country, talks about their lifestyle.” Morgan continues, “When I listen to some of the pop stuff, I don’t of many people that ride around on a bus & sling their bling. Our music talks about life, day to day life. Places where there is more trucks than cars, and about what we do on Sundays. A majority of the people in this country live that way. I think that is why our format does so good. It’s a wide format, everything from really hard core country to stuff that lends itself more to the pop side, and that is a good thing.”

Chris Janson – “It’s interesting to say. A lot of it runs together for me as a listener” Chris shares. “So what I think sets MY country music apart is the steel guitar and harmonica. I think everyone’s individualistic music speaks for itself.”

Steve Wariner – “I think it is about the story of the songs,” Steve shares. “Country has always set itself apart with emotion and the stories. Country Music has always been about the common guy. That is what people relate to, the common person out there. When they say ‘wow that is my story, my life what your singing,’ you strike a chord with them. I think that is what it is, it is an emotion that country delivers. That is what has always drawn me to it. As a young kid, my dad always loved country and I used to go through all his records and listen to all the country artists, I was just infatuated with it. Guitar players too, kind of a double whammy. He always loved guitar music, Chet Atkins, Merle Travis and all them. I think it is about songs with country, I really do. Some of the great poets, Kris Kristofferson, Roger Miller, Wayne Cochran, Harlan Howard, some of the great writers. It is those stories and the emotions.”

Chase Rice – “I think a huge part of that, as artists, we really try to honor what the guys did before us but in our own way. I try to think of new stuff, I try to think of different ways to entertain and write new songs, but at the same time we are still singing about the same stuff that Willie [Nelson] was singing about, that Garth [Brooks] was singing about, that George [Strait] is still singing about. Country Music is being elevated because the production is becoming so cool, it’s so rockin’ and it’s got hip hop roots in there, but what I’m singing about is the same stuff those guys sing about and that is what people want to hear. I care about keeping country music driving forward and that is what we’re doing, guys like Luke [Bryan], guys like Eric [Church], Florida Georgia Line, myself, we are finding new innovative ways to make country music and the sound of country lyrics sound even cooler. That is the coolest part for me, to see how country music is evolving. I love seeing where it is going, I think it is exciting times right now. For the people that think it isn’t country – don’t listen to it, go find something else, but they’ll probably come right back to country. We are the best genre in all of music in my opinion.”

Dee Jay Silver – “I think it is true, it’s a story. I love the LMFAO’s of the world, but lets face it, not everybody is flying to Miami 3 days a week having $10,000 bottles of champagne. Country Music is about good times, drinking beer & hanging out with your friends being who you are and being what you are, being true to who you are. I think that is what makes it an interesting time.”

Rose Falcon – “I think definitely the fact that there is more truth to it. I guess I’m biased, but I definitely think that you find more true stories and more heart in country music. That was what was appealing to me originally because I am a story teller. It is just the truth and it is honest.”

Frankie Ballard – “I think its ability to be very pop in some cases but still country, and very rock in some cases but still country, and then everything in between. As far as country radio is concerned, you can go from Brantley Gilbert and Eric Church who have that rock edge to them, all the way to Lady Antebellum where some of that stuff is very pop sounding and Taylor Swift who can cross over. With those folks, I think it is really cool that they can reach out and pull some fans from pop music and rock music into what we are doing here. To me, it is so cool that we can all exist under this umbrella of country music. It really is, at the end of the day, country. It is cool that we don’t all have to be the exact same kind of country music, and it allows more fans to come in and join us.”

Weston Burt – “The thing about country music, and with all music, music evolves. Period. It’s the world we live in. Think about how far we’ve come in just worldly things in 10 years, and 20 years, 30 years, and music is no different. So the thing that I think is impressive about country music, is that it has the ability to just roll with the punches. I think that is fantastic. It is almost like a small company. Small companies have the ability to turn & manuever, and that’s country music. I think that everyone has such an open mind and it makes it easy to do. I think that country music is going to continue to evolve just like everything else, and continue to get better. I’m excited to see what the future holds for country music.”

Joel Crouse – “The songs. The songs definitely set country music apart because people relate to them and they are still moved by them. Whether you are going through a break up or having fun, there is always going to be a song in country music that someone is going to relate to.”