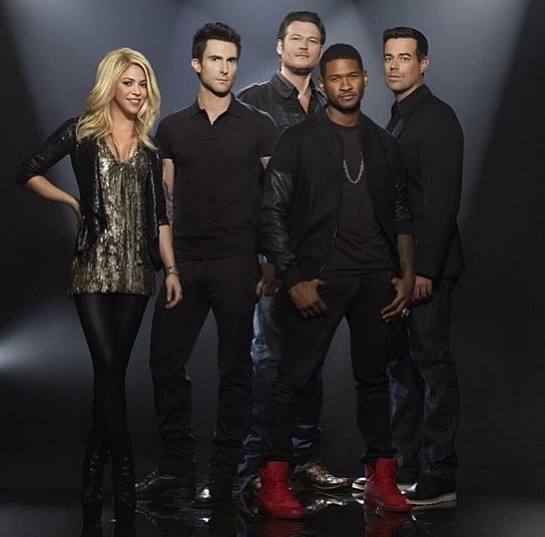 NBC has announced that the Emmy Award-winning musical competition series “The Voice” will launch its sixth season with the return of coaches Shakira, Usher, Adam Levine and Blake Shelton in a special two-night premiere: Monday, Feb. 24 (8-10 p.m. ET/PT) and Tuesday, Feb. 25 (8-9 p.m.).

Shelton is CMA Awards’ reigning Male Vocalist of the Year for the fourth consecutive year. With 10 back-to-back No. 1 singles (15 overall), Shelton is one of the “most versatile of contemporary country singers” (The New York Times). “Based on a True Story…,” the CMA Awards’ Album of the Year and Grammy Country Album of the Year nominee, has produced three consecutive No. 1 singles including “Mine Would Be You,” nominated for Grammy Country Song of the Year and Country Solo Performance of the Year. His current single, “Doin’ What She Likes,” is the latest single off this celebrated artists’ most successful album of his career.

“To a purist, Mr. Shelton is a savvy student of tradition. To a would-be outlaw, he’s forever adding a wink. He’s a star who is only as explicit as you want him to be,” said Jon Caramanica, The New York Times. Shelton’s passion for country music and his commitment to mentoring his teammates from “The Voice” make him an incredible ambassador for country music.