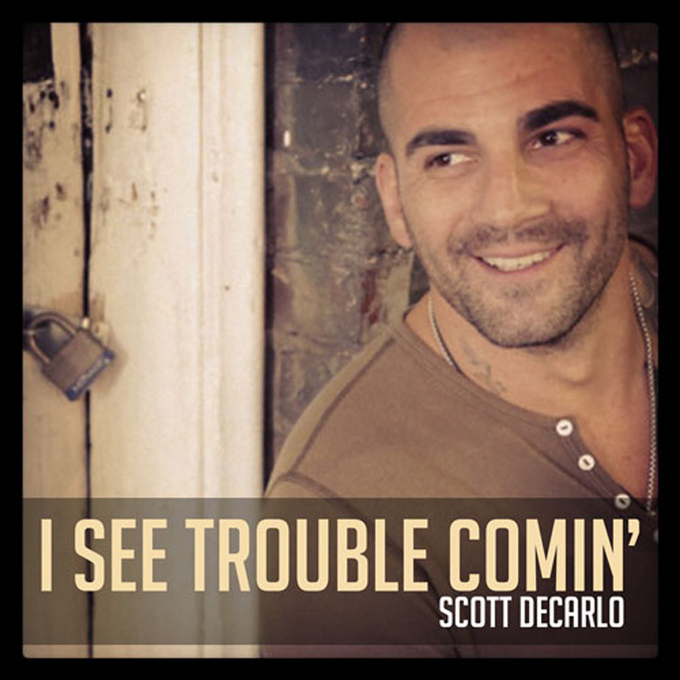 New Jersey police sergeant, Scott DeCarlo, has released a new single, “I See Trouble Comin’” along with a music video, which is circulating through video outlets across the United States.

The single, produced by acclaimed musician/producer Biff Watson, is an upbeat country track about a man who sees a beautiful woman who he knows is trouble, but he just “can’t get out of the way.” The track was co-written by Chris Young, Ira Dean and David Lee Murphy. “I See Trouble Comin’” is now available on iTunes and is being promoted nationally.

“Scott is a very disciplined and focused artist,” said Watson. “Scott is a passionate entertainer, and when he’s having a good time, you can bet it’s a party for his fans. When he sees trouble coming, he knows how to handle it.”

A music video, directed and produced by Glenn Sweitzer, was created for the single. Portrayed in the video is a love-struck little boy who leaves his friends to spend time with a blonde, blue-eyed little girl. The video premiered recently on The Boot, and is being promoted by AristoVideo Services to a panel of outlets including those at the National, Syndicated, Regional, Closed Circuit and Internet levels. It can be viewed on YouTube here.

DeCarlo, an East Rutherford, N.J. native, decided to diversify his career path in 2012 by splitting his time between Nashville and his New Jersey home and releasing his debut album, A Whole New Kind of Crazy. Artists ranging from Garth Brooks to Elvis have inspired DeCarlo to create his country-rock style and unique sound.

“I’ve always been the kind of man standing on the tracks waiting on that train yelling, ‘speed it up, bring it on,’” said DeCarlo, a self-described go-getter who is having fun splitting his time between his two homes and careers.

Last month, DeCarlo had the opportunity to open for Chris Young, one of the co-writers of his new single. Included in his upcoming schedule is a performance at the 4th Annual Scott DeCarlo Christmas Party Toy drive in Teaneck, N.J, an event he created to help underprivileged children in that neighborhood.

“It is great to be able to combine my civic duties with my music,” said DeCarlo. “It is fun to have my two worlds collide.”

DeCarlo was recently inspired to help fans “see trouble comin’” by awarding one lucky fan with a Go Pro Hero3 camera in a contest to help promote his new single.