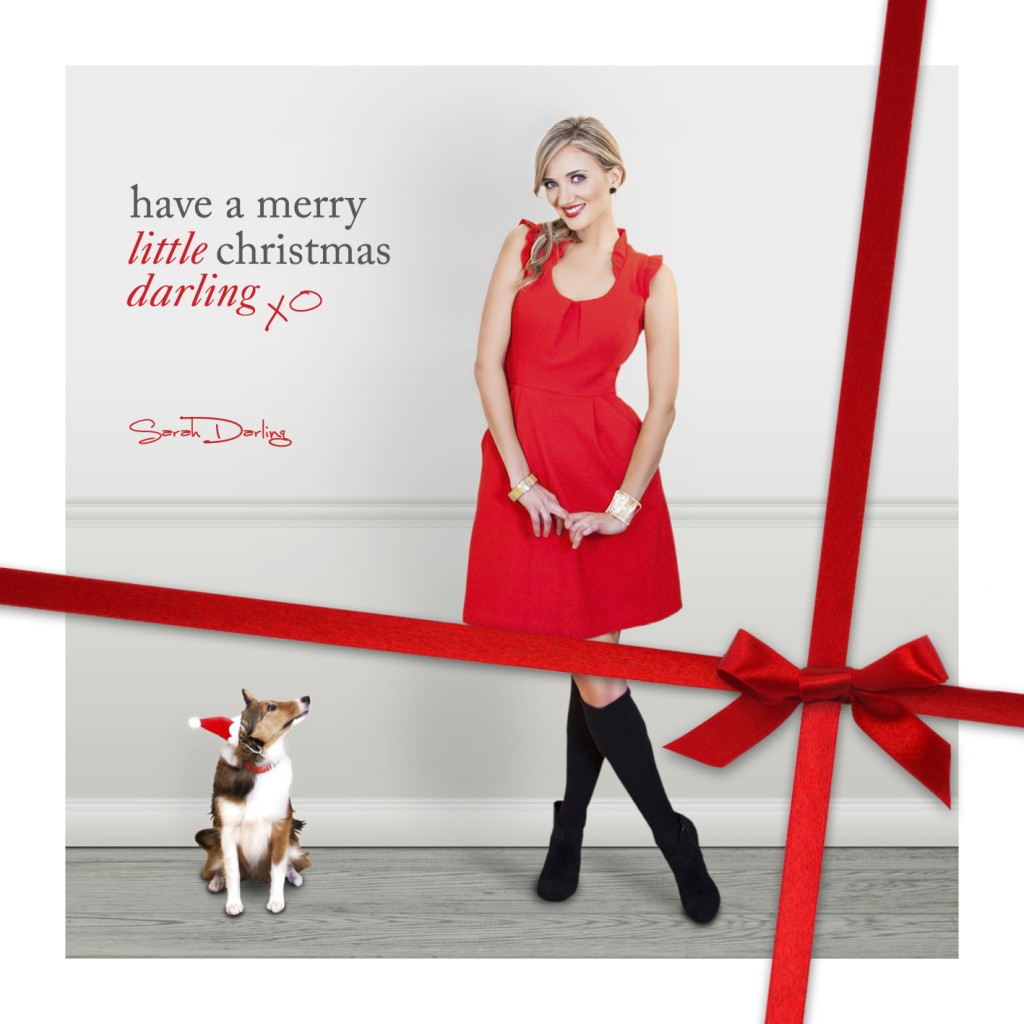 The new, independently released E.P. will feature a selection of classic Christmas songs, intricately crafted to Darling’s “crisp, powerhouse voice,” as hailed by The New York Times. Collaborating in the studio with Gibson, Darling feels they have created an E.P. that is the best representation of herself as an artist in a holiday timepiece. “You will hear so much of who I am in every track and will be taken away to nostalgic times of Christmas past. It was such a magical project to record,” she says.

Moreover, tickets are ON SALE NOW for the “Sarah Darling and Friends Acoustic Christmas” concert at The Franklin Theatre on Dec. 13, where she will debut the new tracks alongside Matthew Perryman Jones, Jenn Bostic and other soon-to-be-announced special guests. The historic theatre nestled in the charming town of Franklin, Tenn. will create a picturesque holiday setting for Darling and her special guests to showcase their critically-acclaimed talent.

Featured this week as one of CMT’s “Next Women of Country” at a special event in Nashville, Tenn., Darling is on the rise as one of the top new female artists in the genre. Her Top 35 Country Billboard sales hit, “Home To Me” spawned appearances on CONAN, ABC’s The Bachelor, FOX & Friends, CNN, AXS-TV and many more. Moreover, she has been invited to perform at the Grand Ole Opry over 47 times.