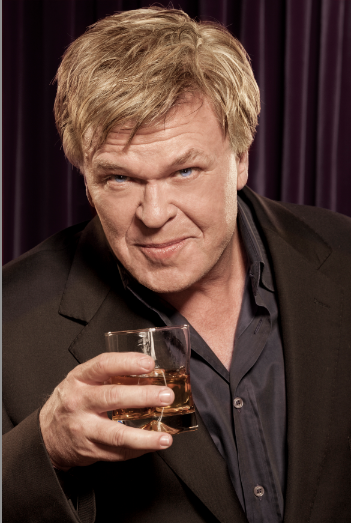 CMT fan-favorite and funnyman Ron White will bring his own brand of off-color humor, cigars and scotch to the room as the host of CMT ARTISTS OF THE YEAR, a 90-minute special airing LIVE on Tuesday, December 3 at 8:00 p.m., ET.

With White at the helm, CMT will celebrate a remarkable year in country music by honoring Jason Aldean, Luke Bryan, Florida Georgia Line, Hunter Hayes and Tim McGraw.  The five honorees will gather in Nashville alongside their peers and notable luminaries for an evening filled with rocking performances, surprise guests and cheers to the achievements of each CMT ARTIST OF THE YEAR.

“CMT helps me with SALUTE TO THE TROOPS so when they asked me to do this live show, I of course thought they were having a momentary lapse of reason,” said White.  “I said, ‘what the #%^&?’”

“Ron White is without a doubt one of the funniest stand-up comedians working today,” said John Hamlin, SVP of Music Events and Talent, CMT. “It’s a bit of a risk to put him on live television given his ‘colorful’ personality, but it’s a risk worth taking and will surely be hilarious for the fans watching at home.”