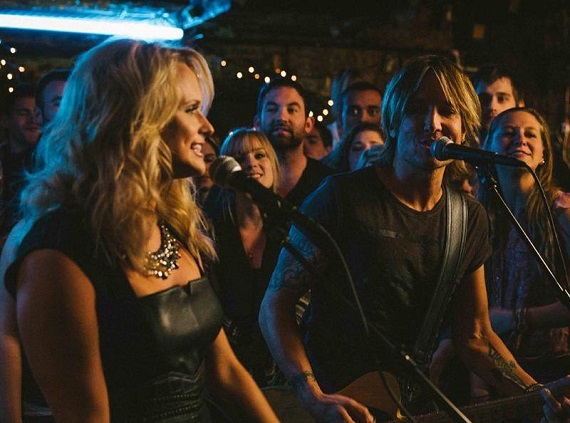 Keith Urban’s “We Were Us”, featuring Miranda Lambert, has topped the US Country singles charts giving the four-time Grammy Award winner his 16th No. 1 song.  It is the first male/female duet to reach No. 1 in more than two years (Brad Paisley/Carrie Underwood’s “Remind Me”) and is the second (“Little Bit of Everything”) from Urban’s album F– USE to hit No. 1.

F– USE, Urban’s latest, debuted atop the Billboard Top 200 All-Genre Album Chart and marked the first time that a male country artist debuted at #1 in the United States, Canada and Australia simultaneously. The video for the chart-topping duet, debuted on Facebook last week and as of this morning has garnered nearly 600,000 views.

Urban is currently out on the road on his Light The Fuse Tour, the second leg of which concludes December 8th.  The tour continues into January 2014, which includes six concerts in Canada.