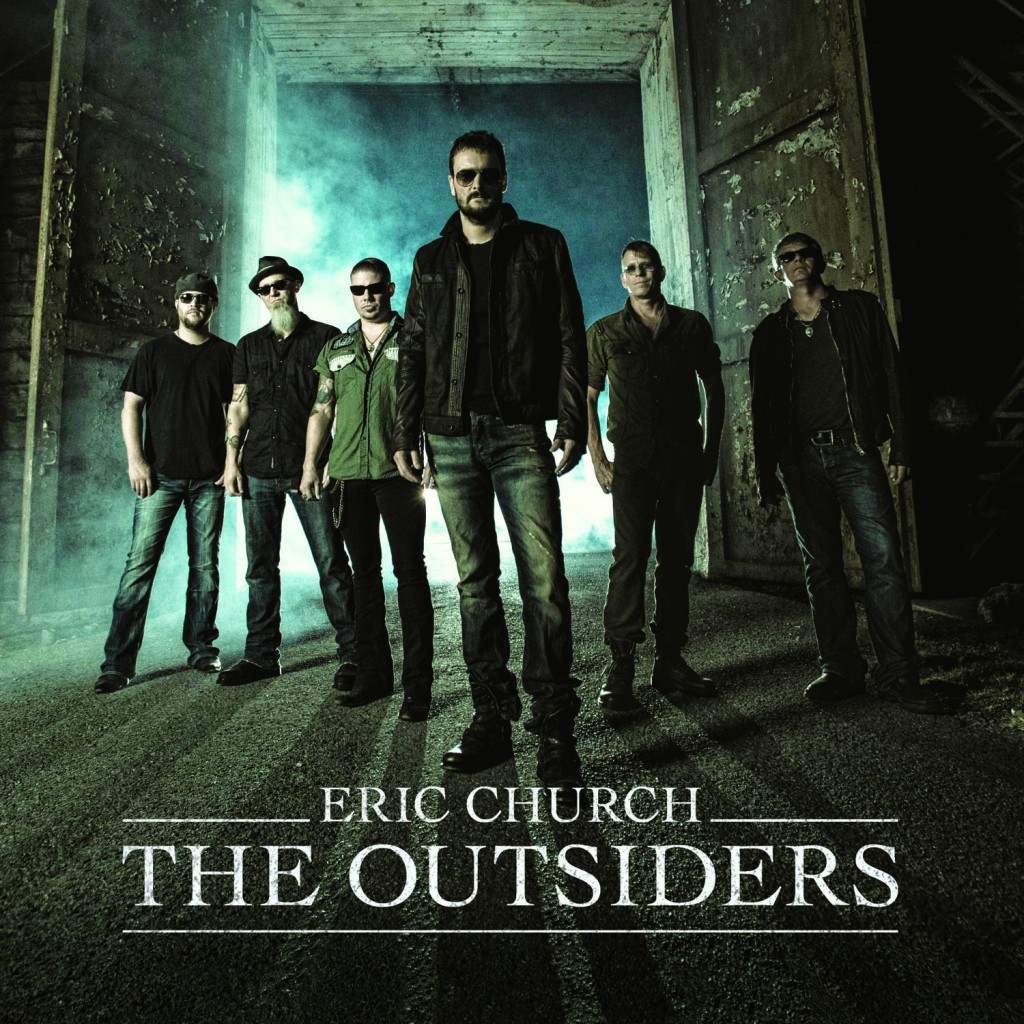 One of music’s most electrifying entertainers and prolific songwriters, EMI Records Nashville’s Eric Church, has finally set the date for his fourth studio album, the aptly titled, THE OUTSIDERS, for Feb. 11, 2014. The release is the follow-up to his CMA and ACM Album of the Year, CHIEF, which has gone on to sell over 1.5 million records and produce two No. 1 singles, “Drink In My Hand” and “Springsteen” and three Top 10 hits since it’s June 2011 release.

Starting Wednesday November 6, fans can pre-order an exclusive album bundle directly from www.ericchurch.com, which includes THE OUTSIDERS physical album and exclusive merchandise including: T-Shirt, sticker, and/or a leather cuff bracelet. To go direct to the pre-order page, visit HERE.

Church will perform the album title and lead single, “The Outsiders,” on The 47th Annual CMA Awards, airing live on ABC Television on Wednesday, Nov. 6 (8:00-11:00 PM/ET), where he is nominated for two CMA Awards this year: Male Vocalist and Musical Event of the Year (with Jason Aldean and Luke Bryan for “The Only Way I Know”). The song is an ode to the manner in which Church and his fans have built his career, as an inclusive group together fighting to have his music heard.

Jay Joyce once again joins Church for production and songwriting collaborations. Church started writing for the release in 2012 while on his arena tour, Blood, Sweat & Beers Tour. Talbott notes, “Some of the most striking moments [on THE OUTSIDERS] would seem odd to your local program director. There’s a dark trilogy, for instance, that includes a dramatic recitation of the Shel Silverstein poem ‘The Devil and Billy Markham.’ ‘Roller Coaster Ride’ actually feels just like one. And album-closer, ‘The Joint,’ is an oddly affecting cross of Tom Waits and J.J. Cale.”