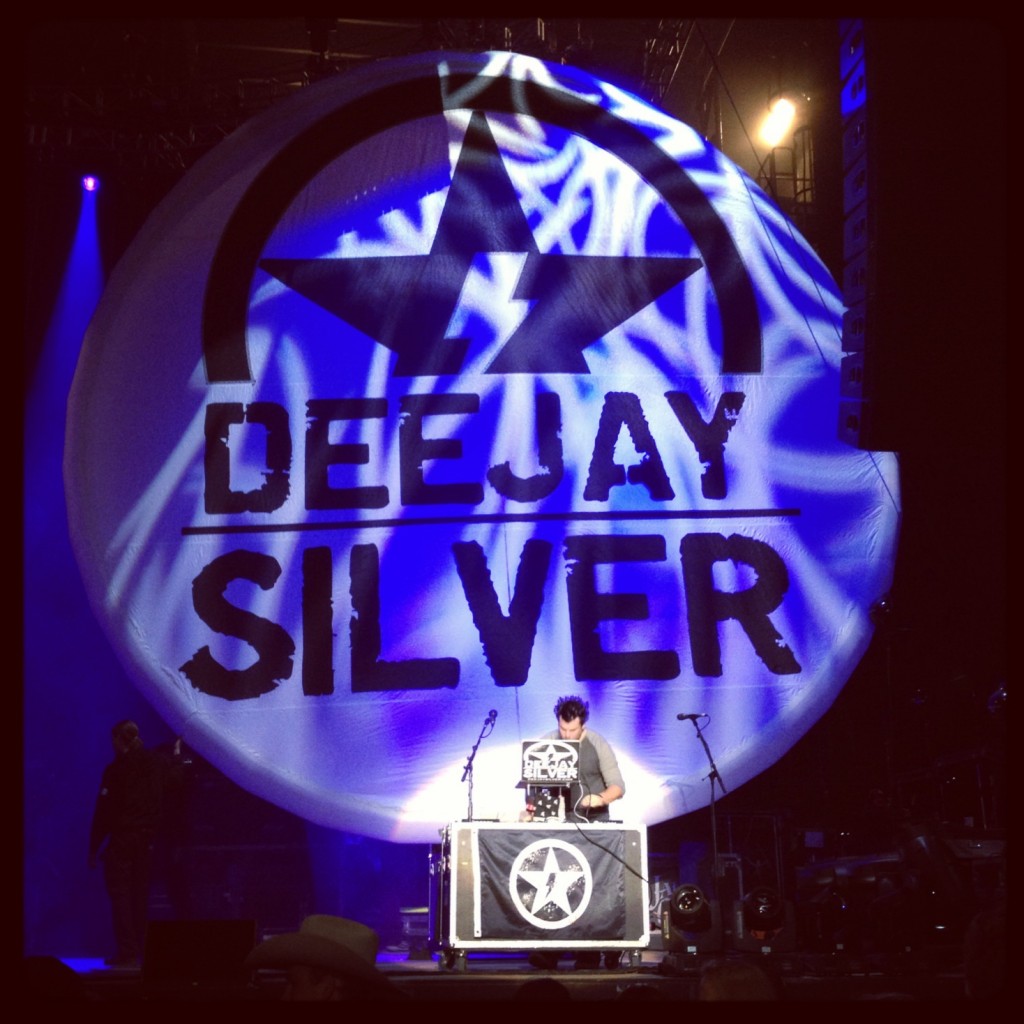 Coming off one of the biggest tours of the year, Jason Aldean’s Night Train Tour, ground-breaking country DJ/remixer/producer DEE JAY SILVER has just revealed several new shows, that will keep him going through the end of 2013 and into 2014 (itinerary below).

SILVER–the first country DJ to be signed to a major Nashville label–is touring in support of his EP Country Club, released this past summer on Sony Nashville. The 4-song collection features creative and rhythmic country mash-ups of some of the genre’s most popular and beloved stars, including Alabama, Dolly Parton, Carrie Underwood, Jake Owen and Love and Theft.

Tonight (11/15) SILVER will kick off a new monthly residency at Dierks Bentley’s Whiskey Row bar in Scottsdale, AZ. The venue features a 360-degree stage which floats above the bar and SILVER will headline the following Friday nights: November 15, December 20, February 14, March 21, April 18 and May 23. More information on these shows can be found at http://dierkswhiskeyrow.com.

Next week the Nashville-based DJ will take his unique country, pop, rock, hip-hop blend to the Caribbean for a series of shows as part of the “Hit Makers and Rum Chasers” songwriter series. SILVER will be the man to get the party started November 21-23 at the Cruzan Beach Club at Sunset Grille in St. Thomas, U.S. Virgin Islands. From there SILVER will perform several shows in Florida including the LimeRock Country Rock Music Festival before taking over the Mandalay Bay hotel in Las Vegas December 8-13 to coincide with the Wrangler National Finals Rodeo. During the week he’ll perform throughout the hotel’s venues House of Blues and EyeCandy Sound Lounge. Additional details and appearances will be announced in the coming weeks.

SILVER has been touring for over 10 years, performing at premier venues in virtually every major market in the U.S., Mexico and Canada. He began DJing while attending college in Arkansas and later moved to Springfield, MO where, working as a doorman for a club, SILVER’s interest peaked and he began opening up the dance floor until the headlining DJ would come on. “One gig turned into the next,” he shares of his early beginnings. “Back in the day, you didn’t have computers, YouTube, or schools to learn how to DJ. If you were going to DJ, you had to learn from another DJ. They’d say, ‘I’ll take you under my wing, but this is what you’re going to do.’ Basically, you’re going to be my whipping boy for a couple of years [laughs].”

His sound has organically evolved throughout his career. “Being up in the Midwest, we looked up to guys like Bad Boy Bill, Alex Peace, Richard Humpty Vission, DJ Irene, and all of those cats in the Chicago area. I’d buy anything they put out. That was where it started for me. It was the hard house from Chicago. Back then, I was playing more hip-hop, house music and rock. Then, it progressed.

“Growing up in Texas, country music was all I ever heard. I was very versed in country music, so I’ve always mixed it in. I’m so happy to see that ‘Country Remix’ is actually a genre now. Music and DJing to me are about being creative and relating to your crowd. No matter what song it is, people will dance if it’s presented right. If they’re familiar with a song, that’s what makes them more comfortable to have a better time.”