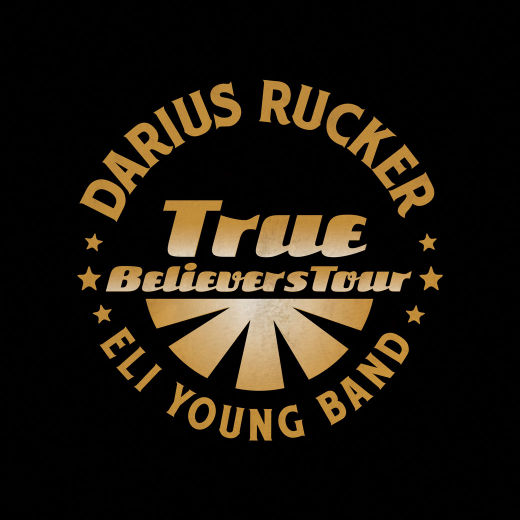 It’s been a record year for Darius Rucker. Arguably one of the most applauded singles of the year, “Wagon Wheel” has helped the platinum-selling entertainer earn multiple nominations from the CMA and ACA Awards. Fans of his third chart-topping country album, True Believers, can catch Rucker out on the road next year performing nationwide, featuring the Eli Young Band with special guest David Nail.

The tour will kick off January 29, 2014 in Champaign, Ill. at State Farm Center with tickets going on sale beginning Nov. 15. An exclusive pre-sale will be available beginning Nov. 7 on dariusrucker.com. Rucker is teaming up with Tickets-for-Charity and CMT One Country to offer premium seats to benefit the USO and Pattison’s Academy — available exclusively at www.ticketsforcharity.com.

The Pittsburgh Post-Gazette calls Rucker’s live show “a killer set,” and The Morning Call hails him as “the best male performer in country music right now.”

“As an entertainer, there’s nothing like seeing the fans react to your music. I’ve been blessed to have country radio take six of our songs to No. 1, so we thought it was the perfect time to take the True Believers Tour on the road,” shares Rucker.  “It’s going to be an awesome show with some great entertainers as both Eli Young Band and David Nail deliver live.”

Rucker will perform during “The 47th Annual CMA Awards,” which airs live on Nov. 6, and on “CMA Country Christmas,” which will air on Dec. 2. Both specials will air on the ABC Television Network.

For more information and to purchase tickets, visit DariusRucker.com.