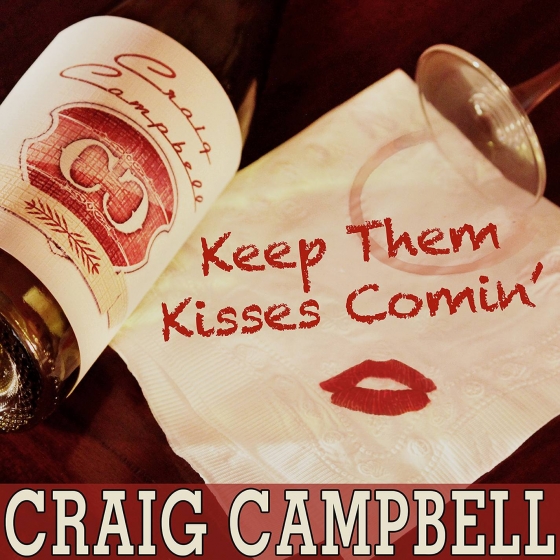 Craig Campbell has a lot to be thankful for this holiday season as he wraps a year that included a big hit and new highly acclaimed album release with Never Regret.

Following the tremendous success of his 54-week infectious smash and second Top 15, “Outta My Head,” Campbell is thrilled to release his follow up single to country radio, the up-tempo romantic romp “Keep Them Kisses Comin’.”

The track, written by Dallas Davidson and Ben Hayslip, is a refreshing mature look at two people with a true and intimate love, and already firing up his fans on the road. The song’s supercharged Hot Radio Mix releases today at iTunes. This brand new mix can be downloaded now, HERE.