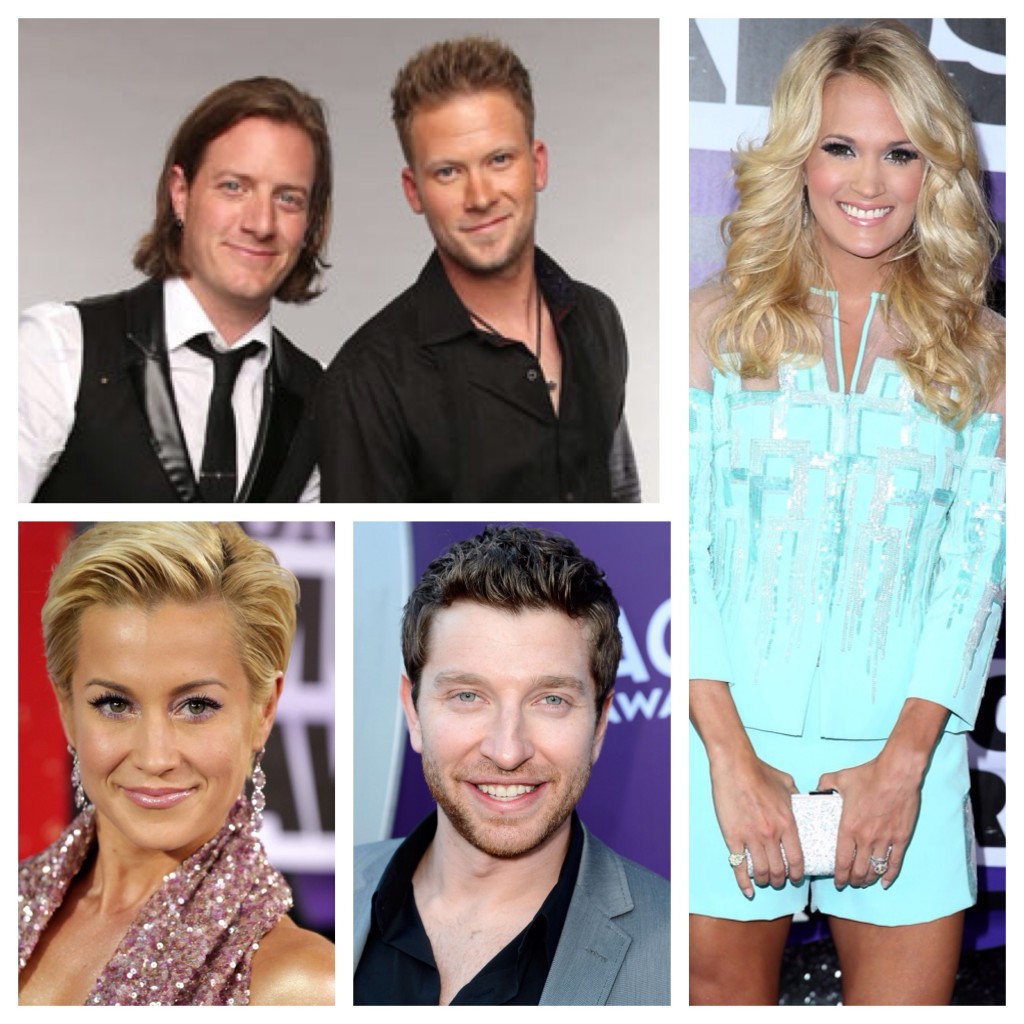 The nation’s most beloved spectacle, the Annual Macy’s Thanksgiving Day Parade®, returns for the 87th year of magic on Thursday, Nov. 28 (9 a.m.-noon) throughout the country on NBC.

To kick off the holiday season, more than 8,000 participants will march through the streets of Manhattan at the sound of the time-honored words “Let’s Have a Parade™.” Against a backdrop of more than 3.5 million spectators and more than 50 million viewers nationwide, the parade’s signature elements, including its giant balloons, floats of fantasy, performers and the one-and-only Santa Claus, will ring in the holiday season with unrivaled celebration.

Enhancing the Parade’s signature entertainment will be the world-famous Radio City Rockettes® helping to kick-off the holidays, along with performances from Broadway’s best musicals including “Matilda,” “Motown: The Musical” and more. In addition, the first-hour of the national broadcast will feature a special appearance by Carrie Underwood and members of the cast of NBC’s “The Sound of Music Live!”

“For millions of families each year, Thanksgiving Day isn’t complete without tuning in to the Macy’s Thanksgiving Day Parade,” said Doug Vaughan, Executive Vice President, Special Programs and Late Night, NBC Entertainment. “We are thrilled to once again broadcast this national celebration to kick off the holiday season.”

From its modest beginnings in 1924 with only about a dozen elements to the grand spectacular we know today, the Macy’s Parade line-up unfolds each year with breathtaking pageantry. This year the line-up features 15 giant character balloons; 37 large scale novelty/ornament balloons, balloonicles, balloonheads and trycaloons; 30 floats; 1,600 cheerleaders and dancers; 900 clowns; 11 marching bands; and a host of celebrity performers.

“I’m pretty sure the magicians at Macy’s Parade Studio have once again made it onto Santa’s nice list,” said Amy Kule, executive producer of Macy’s Thanksgiving Day Parade. “As America’s best high school and college marching bands, hundreds of dancers, cheerleaders, clowns, and balloon handlers make their way down the streets of New York for our 87th march, they will be joined by four brand new giant character balloons, five new intricately designed floats and one spinning dreidel. These new entries join the already stellar grouping of balloons, floats, performers and adorable kids that will once again make Macy’s Thanksgiving Day Parade the perfect way for everyone to begin their Thanksgiving holiday.”

The 87th Annual Macy’s Thanksgiving Day Parade will step-off at 77th Street and Central Park West. The procession will travel down to Columbus Circle, turn onto Central Park South and march down 6th Avenue/Avenue of the Americas to 34th Street. At 34th Street, the Parade will make its final turn west and end at 7th Avenue in front of Macy’s Herald Square.

For more information on the Macy’s Thanksgiving Day Parade, please visit www.macys.com/parade or call the Parade hotline at 212-494-4495. Follow @macys and join the conversation at #MacysParade on various social networks.

Please note: All talent, performances, line-up and information included are subject to change.