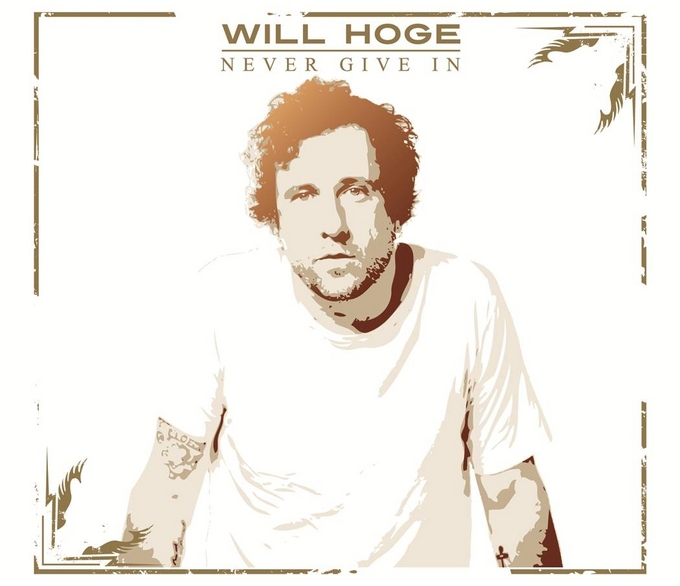 Grammy-nominated recording artist Will Hoge will release his new album NEVER GIVE IN on 10/15 (pre-order available HERE). The apt album title also serves as the life motto for the Nashville native who catapulted into the national spotlight with the release of his top-selling single “Strong.” Providing the musical backdrop for General Motor’s 2014 Chevy Silverado nationwide ad campaign, the song has sold well over 100,000 copies to date and is currently climbing the Country radio charts.

Produced by Hoge, NEVER GIVE IN showcases his soulful voice and storytelling prowess on all 11 tracks. The critically acclaimed singer-songwriter penned every song featured on the project including “Strong,” the newly added bonus track.

“Having started my own label I’m incredibly excited to have NEVER GIVE IN be the first album I release,” shares Will Hoge. “The initial success of ‘Strong’ has already opened so many doors and given me some amazing opportunities. I can’t wait to have the entire album out there and able to be heard in its entirety.”

This fall, Hoge will embark on his first major headlining run – NEVER GIVE IN TOUR 2013. The 27-city nationwide tour kicks off at The State Fair of Texas on 10/11 in Dallas.

For tour dates and more on Will Hoge, visit www.WillHoge.com.