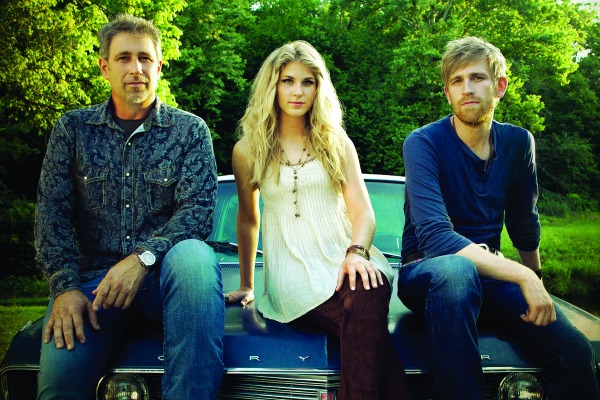 Arista Nashville recording group The Henningsens are on the radio airwaves now with their gorgeous second single, “I Miss You.”

Directed by Darrin Dickerson, who also lensed the trio’s video for their hit debut single, “American Beautiful,” the new clip weaves performance footage around an inventive video concept designed to capture the spirit of the song’s lyrics.

“I think people are really going to like this,” remarked Clara Henningsen. “Without giving away too much, I really think Darrin did a great job of portraying the heavy emotion behind ‘I Miss You.’”

Now climbing the country airplay Top 40, The Henningsens’ “I Miss You” has drawn critical acclaim from MusicRow’s Robert K. Oermann, who says, “These three folks sound starward bound with this dynamic single,” declaring, “The vocals are simply stunning, and the backing track has superb intensity and pent-up power. The finale, three-part harmony chord will break your heart.”

Also, currently underway on imissyou.thehenningsens.com, fans can create and share their own “I Miss You” digital postcard via Facebook or e-mail by selecting from the provided images or uploading their own photo and adding a lyric from “I Miss You” or writing a personalized message to complete their card. Participating fans will be entered in The Henningsens’ “Postcards from the Band” Sweepstakes, underway through 9 PM CST on November 29, 2013. To help one lucky person reunite with someone they miss, the grand prize winner will receive a $500 American Airlines gift certificate, while 10 runners-up will receive autographed postcards from The Henningsens. Winners will be selected in a random drawing from all eligible entries. Complete rules and information can be found at imissyou.thehenningsens.com.

Written by Clara, Brian, and Aaron Henningsen and Don Poythress, “I Miss You” is featured on the band’s self-titled digital debut EP, available HERE.