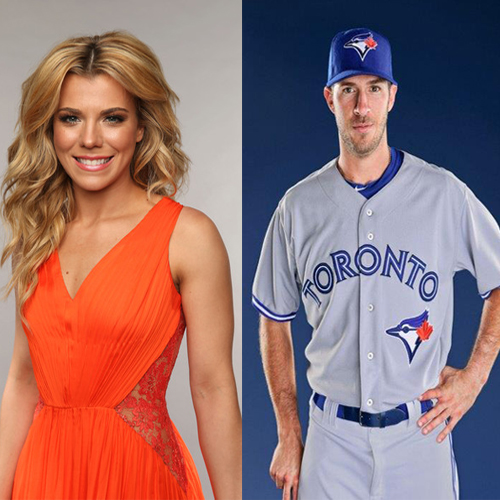 The Band Perry’s Kimberly Perry got engaged last night, September 30, to Toronto Blue Jays catcher J.P. Arencibia.  The couple have been dating for over a year, and J.P. proposed at her parent’s home in Greeneville, TN.

The Tennessean reports that while Perry knew Arencibia was coming into town, her plans were to pick him up at the airport.  Instead she found him at her parents home standing under the Oak Tree.  When Kimberly’s parents moved to Greeneville when she was a teenager and she first saw the oak tree she thought, “if I get proposed to in this life, I hope it happens underneath this tree.”  J.P. made Kimberly’s dreams come true last night.

When Kimberly found J.P. under the oak tree, “I saw that and I thought, ‘This is really happening,’ ” she said.  Perry’s mother had her go back into the house to her room where she found her favorite pink dress in addition to a letter from her family and a bracelet her grandfather had given to her grandmother

“I got to read the letter and get dressed and put on my grandfather’s bracelet,” she said. “I came back out on the front porch and he was standing there and he got down on one knee. It was perfect.”

According to The Tennessean, Kimberly and J.P. plan to get married next summer.  Read the full article and additional details here.

Congratulations to the happy couple!!

One reply on “The Band Perry’s Kimberly Perry Is Engaged”